Meizu definitely has a solid midrange smartphone lin-up and the upcoming m3 note will add even more substance to it. A recent leaked teaser image shows that Meizu plans to price the m3 note at just $170 (CNY 1,099). 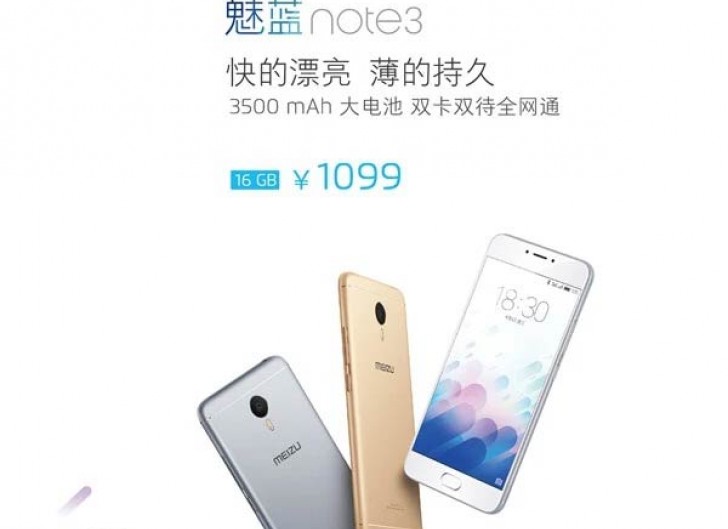 If this turns out to be true, then the company will not only be highly competitive against the likes of rivals in the Xiaomi, Lenovo and LeTV camp, but also it's very own Meizu Metal line-up. The Metal rocks a similar price in China and the upcoming metal 2 is believed to follow suite.

We'll know what the Meizu m3 note holds for sure once it gets officially revealed. One of the key upgrades over the m2 note is the new shiny metal chassis, probably following the footsteps of the Meizu m1 metal and the Xiaomi Redmi Note 3 on April 6.

What you mean is mi5. Only mi5 have fingerprint on the front.