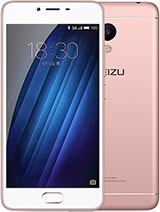 Been using this phone before for 3 years. Actually it was good phone at that time. But its difficult enough to find service center in my country.

Anonymous, 06 Jan 2019I used m3s for 2 years. Google play services do not run pr... moreI like that phone very much. It's still running without any lag and issue. But it's spare part is not available. To fix your play store problem, reinstall play services via gms installer from app store.

Anonymous, 06 Jan 2019I used m3s for 2 years. Google play services do not run pr... moredownload google app installer and do the neccesities

Anonymous, 06 Jan 2019I used m3s for 2 years. Google play services do not run pr... morego to the flyme os official forum > find the lastest flyme update > download the updater file > copy the update.zip to your internal storage > click the update.zip > follow the step (prefer clear data) > wait till the update is done ( when the update installation is done your device will restart automatically ) > wait your phone turned on > go to the apps store > download and install the GMS(Google Mobile Service) Installer > wait till the installation done > open the GMS Installer > install all of the GMS apps (it's including google playstore, and other google's apps) > follow the steps > done > your device should run the GMS properly now

I used m3s for 2 years.
Google play services do not run properly since few months.
No any other issues.

I have been using a Meizu M3s for almost two years, and I am really upset. The phone gives me a lot of troubles. It is very slow, battery life gets really short, the fingerprint scanner does not work after the first 6 months of normal use. It is also not able to run many aplications, and some others work badly. I do not recommend this device at all

i have been using this phone for almost 2 years it has a very good built quality ,but we don't get this phone in India there are no new launch or models available in India .

I have been using Meizu M3s for more than 10 Months now and the Mobile is awesome. It feels very smooth in my hands, because of it's proper size, it is not like other huge smartphone. It's battery is also very good, it last two days even if I play games, browse Internet. But I am a little disappointed that the Meizu company still have't upgraded it's Android OS.

i have been use it about 1 year n feel good , thanks meizu for good quality

If you boycott Samsung so this one you can consider with much look like a ancient samsung.

I bought it today and had 94% battery and till my journey to hometown I didn't used it for 4 hours and I used it continuesly for 3 hours. When battery comes below 30% level it went off quickly to 0%.

I'm trying to plug it and charge it for now then I use it for tomorrow if this continue I will throw it to the dustbin.

Using it since August 2017. Great phone.love it

which is better meizu m3s or xiaomi redmi 4A?

The real capacity of the battery on these phones are 2700 mAh, measured few new and few used devices with very accurate current meter.
The fingerprint scanner stops working after 8-12 months, depends on usage.
It just works as usual button, no touch, no scanner option. Had to replace it on all phones, bought new ones on aliexpress.
Battery dies very fast after it gets to 10%, once its 10%, literally you have 5-10 minutes of work time.

i dropped it a lot , but nothing happened to the screen , it is really durable and without screen protection my screen didn't take any scratch yet ! , but for the back button i'm not sure because i'm not using it as a home button so i don't click it , i just touch it ... and the main camera is a beast for macro shots .... even better than galaxy s7 (but only for macro shots) , i captured an ant face and you can zoom on his eyes ! ,
sometimes apps are not loading that fast but it is normal in this price range , finger print scanner is so fast ... and battery life is really great , at least it endures for 2 days .