Meizu announced the M5s on Wednesday. The phone has a 5.2” 2.5D IPS display with HD resolution and a Mediatek MT6753 chipset with an octa-core Cortex-A53 CPU. There are two versions with different internal storage - one for CNY799 ($115) with 16GB and a CNY999 ($145) one with 32 GB. With such prices we shouldn’t be surprised that the registrations for the flash sale on February 20 reached 4.25 million. 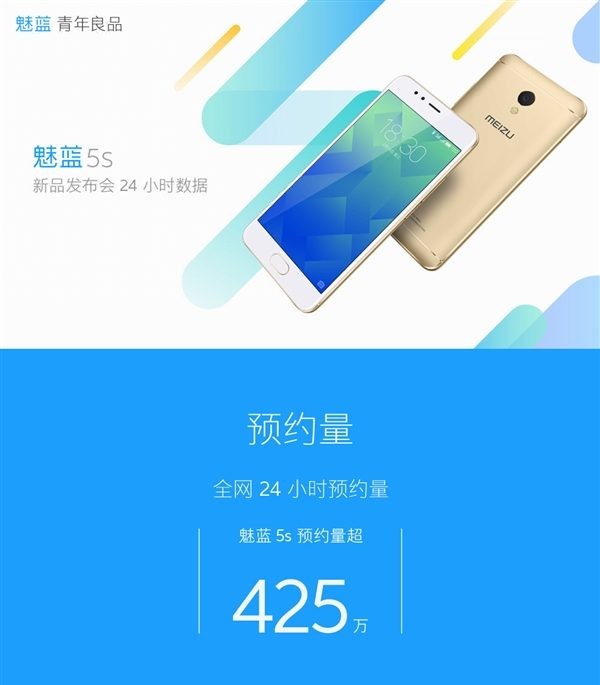 Keep in mind that those are only pre-registrations that require nothing more than an email address and no money have changed hands at this point. That said, it's almost certain that all the available stock will go away in minutes when the time comes.

The device is currently available only in China.

Meizu M5s pricing revealed prior to its introduction on February 15

For such a device, the price is kind of reasonable. But many MT6753 devices are about $100. Now a new brand Cagabi will launch a 5-inch phone, similar specs with M5s. And it is only $50.

Well, it is a matter of preference ofcourse, but i used Flyme. It's ok, but nothing spectacular. Indeed if this costs 115$, it would seem it's a no brainer. But 720p display, again shitty MTK chipset and the same design that all Meizu's have. I wonde...

The reason may be flyme os and comfort at hand. Flyme is more user friendly and simple than other android skins. The os is not power hungry too. Personal preferences