Meizu's upcoming M6T smartphone has been spotted in the Geekbench database. The listing for the device reveals a Spreadtrum SC9850 SoC, Android 7.1.1 OS, and 2GB RAM. 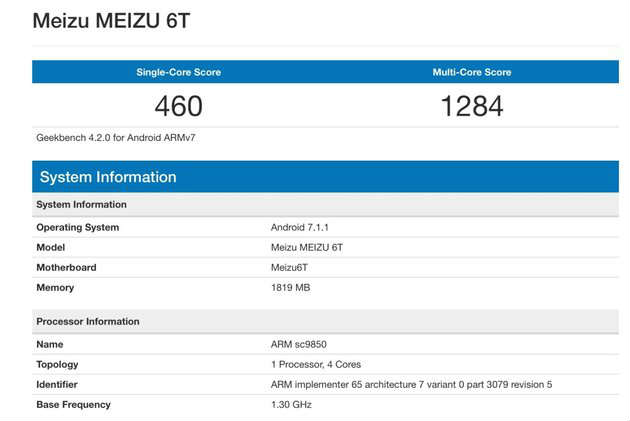 Curiously, the SC9850 comes with a 1.3GHz quad-core CPU, which contradicts the handset's TENNA outing - that one mentioned an octa-core 1.5GHz processor. It could be an error by the benchmarking software failing to properly recognize the chipset or we could see two different versions of the handset.

What is the point of that rubbish soc, unless phone will cost less than 100 dollars, when maybe

I'm also waiting for the Meizu 15 Review. It's almost a month now since they said it was "In For Review"

its name “galaxy j3 (2016)” suggests that it was for 2016. actually its for first months of that year and more of a 2015 device.and because of chipset it never had a android update and remained at lollipop.