Meizu Pro 6s set to be unveiled on November 3

Meizu has started sending out press invites for a product launch event next month. As per the invite, the event - which is scheduled for November 3 - will see the Chinese company unveiling its Pro 6s smartphone. 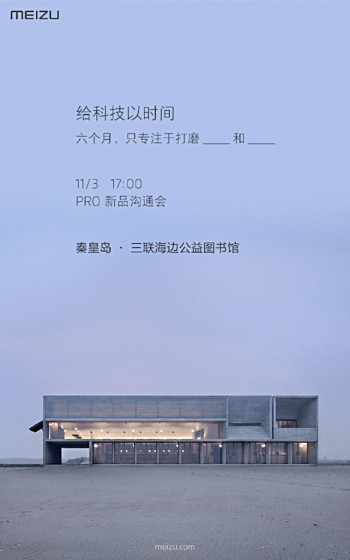 The device has been the subject of many leaks and rumors so far. Recently, Meizu's VP Li Nan confirmed that the phone is powered by a MediaTek SoC (likely Helio X25), and also revealed that it's almost identical to the Pro 6 in looks.

Can't see how this is an upgrade over the original Pro 6, need more detail. If it has the same modest battery life I won't be interested.