We’ve already shown you the alleged back panel of the Meizu Pro 7 and now a prototype appeared, confirming the rumor. The device is called Prototype 8 and has a rectangular screen on the left side of the back panel, right below the camera setup. 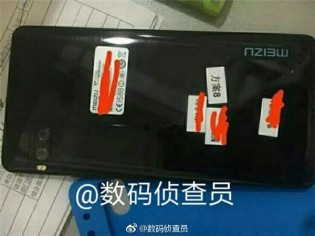 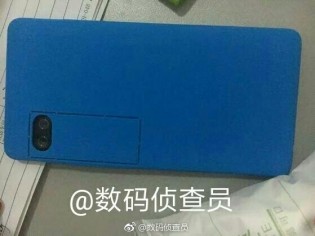 The images reveal the alleged back design of the phone. We see the dual cameras are positioned slightly lower than usual, probably to fit the cutout for the secondary screen. According to sources, Meizu Pro 7 will have a glass build for that to work.

We are yet to hear from Meizu more about specs of the new phone, but a code leak from last month suggested a Helio X30 chipset and two Sony cameras, both of 12 MP resolution.

Meizu to launch a new M-series phone on May 23

@king901 Because Mediatek screwed up with the 10nm process, yields were way too low and competition was ahead anyway. Now we have no idea if they fixed it or ignored it and went below 10nm with their flagship offering.