Meizu to announce its first smartphone in India on May 18

India is the second largest market after China in the Asian region. Recent reports pointed that the sales of Apple surpassed Xiaomi and likes in China. That is why the Chinese companies such as Xiaomi, OnePlus, Vivo, and couple of others have been actively looking to enter the lucrative Indian market. 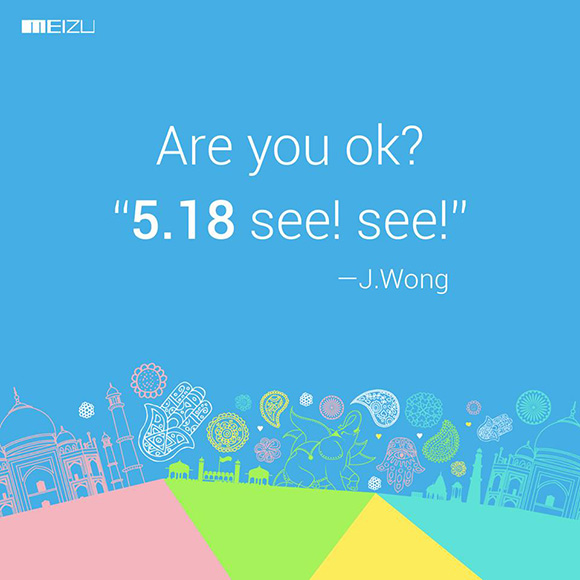 Now yet another Chinese handset marker Meizu is set to make a debut in India on May 18. A teaser about the launch event was posted on Meizu India’s Facebook page. The teaser image carried text basically mocking Xiaomi CEO Lei Jun who opened with “Are you OK?” at the recent Mi 4i launch. The text is attributed to the Meizu CEO Huang Zhang who is also known as Jack Wong.

Meizu is expected to start its Indian journey with the launch of the m1 note, but the company might have some other surprises for us.

I'm waiting to this

there's no point if they enter with M1 .. number of devices with bargained prices and respectable specs are already available.. Lenovo, YU , Xiaomi , Huawei , MOTO .. Meizu M1 note might do some trick for them and only If it comes with proper price ...