If there's been one prevailing buzzword in the mobile industry this year so far, that's definitely 5G. It even managed to outshine AI, as far as buzzwords go. While a lot of smartphone makers have launched 5G devices already, some haven't - Apple, for example, isn't expected to come out with a 5G iPhone until 2020.

It turns out the same is probably true for Meizu. The Chinese company indicated back in April that it is in fact working on a 5G handset, which will probably be called Meizu 17 and take some heavy inspiration from the Meizu Zero port-less concept phone that failed to make its way to market after a failed crowdfunding campaign. 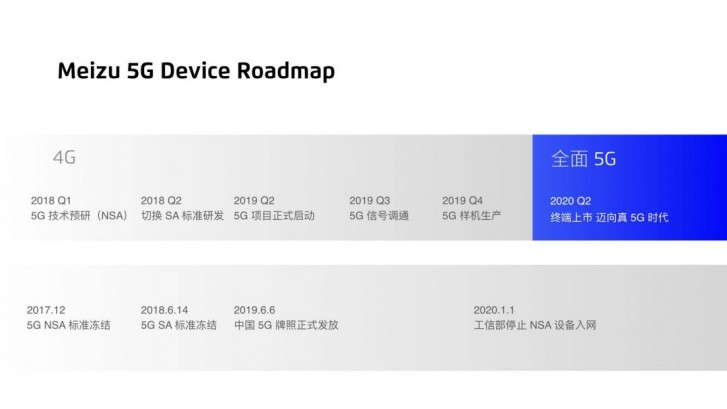 According to the purported device roadmap shown above after being leaked from China, the first Meizu 5G phone will be released in the second quarter of next year - that's April to June if you're keeping track.

Until then, expect a lot of testing to occur, making sure that said device will work well with 5G networks, primarily in China as that's the company's main market.

Meizu discounts most of its latest phones, including the upcoming 16Xs

Even here in Slovakia were their phones for sale. And they were great phones for affordable prices not like that expensive abominations from Samsung, Sony. LG, Apple or Google Pixel series.

I loved the timeless design of Meizu phones. Their new tall designs are unremarkable, but they managed to put a full selfie camera inside a bezel that is virtually nonexistent. When the price is right, I will find a dealer and buy one that I can root...

No one even know this company is still alive