There are two interesting bits of news for existing and future owners of the Xiaomi Mi Max 2 in India. According to one user on MIUI forum, Xiaomi is now rolling out nightly build of MIUI 9 to Mi Max 2 devices in India. 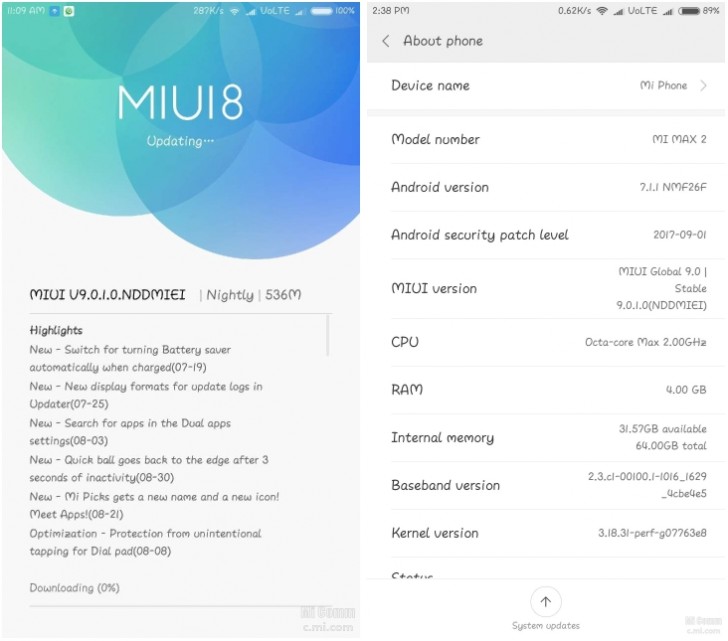 According to Xiaomi, this is a staged rollout to a small group of users for now, so not everyone will be getting it (our own device is still on 8.5.9.0). Still, with the launch of MIUI 9 just three days away, it won't be long before the stable release starts rolling out officially.

My device is mi max 2 64 gb.4 g ram.snd it is running now smoothly on miui 9.0.3 stable rom and working perfectly

I am using max 2 on MIUI 9 beta version how i get the stable version.

$215? Xiaomi should bring this phone to the United States; it is the ultimate media consumption device! Of course, Redmi Note 5 will introduce Xiaomi so I've heard.