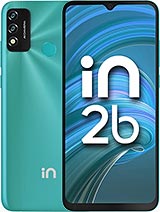 This phone has no gyroscope 🤬

It's a month's time that I am using this phone.
It may not be like Pixel but it is very good for the price. Stock Android. It sometimes gives problem of ghost touch, but that happens rarely. I have been advised by customer service to visit service center and it will be sorted out.
I do not play games on phone, hence cannot say anything about its gaming performance. But overall it's smooth and simple. Stock Android is way better than the overlaid Android skins. Camera is good, if not best, for the price.

I am happy and would recommend it to those who have normal
use.

Yes , There is lagging issues. While launch more than one app or opening the same app . There is lag also some time it just stops and black screen.
So micromax has to give a software update to fix this issue

GeeSquer4U, 05 Aug 2021I don't know why people simply mock unisoc. What wrong... moreIt's sad that people have fallen to the hype and marketing lingo to debate on having less nm is better for phones. There are people who still flash LineageOS on 45nm phones like the ancient Galaxy S3 and it's not a big deal tbh. Imho Unisoc isn't bad (look at how big the sales of Galaxy J series phones while having Unisoc chipsets, I also had a Unisoc phone and it isn't that bad after all for an entry level phone), the hype of Chinese brands should come to an end from their inflated advertising and so do chipset makers like Qualcomm and Mediatek (reminds me of how Qualcomm basically forced people to buy SD820 phones after their problematic 810 just by advertising nm numbers).

I used this phone 20 days. Initially it works fine after 5-August-2021 update facing touch issue also started screen flickering. If you have this model phone don't update it.

I used this phone 20 days. Initially it works fine after 5-August-2021 update facing touch issue. If you have this model phone don't update it.

Ordered one for myself and received it yesterday. So far it seems good. Due to Clean Android and optimisation, it works smoothly compared to other phones in this category.

However, I will post an update after a month's use.

But till now it has not shown any heating, stuttering or any other issues, as some people said. Though it's SoC is Chinese, not much known company, it is performing good. It can be due to optimization / synchronisation with clean android OS.

Its overheating.... We will cook dosa on it, its battery drain even Without using mobile, i am full charged my mobile in morning around 11am and i put on table without using 5 to 6hrs the battery is 25% what the hell micromax... 🙃

That cortex-a75 processor seem good ,redmi 9c has helio g35 has only a53 at same price.

GeeSquer4U, 05 Aug 2021Nm calculation sucks. Wats this 28nm 14nm.. just fabricatio... moreYeah they're all lies but if a company isn't willing to lie to the point of even 10nm it means they themselves know the SoC is horrible.

Gurinder Singh, 01 Aug 2021It is totally crap dont waste your money for unisocI don't know why people simply mock unisoc. What wrong did they made to simply mock them.

joe nodden, 31 Jul 2021A 12nm chip? Only 2 big cores that are only clocked at 1.8 ... moreNm calculation sucks. Wats this 28nm 14nm.. just fabrication process.. if lesser nm is gud make one at 0nm and use it in your phone. The speed of time that u save won't be even visible to your sense. (Say if u compare a old gen vs new gen processor that has smaller nm)

No matter how amazing specs Micromax gives or how low their price is, it's Micromax. They have the worst possible service. I had to literally wait for about 8 months to get my phone's replacement.8 months of constantly visiting the service center in a major city.
I will not have this occur again to anyone I know. Buy Xiaomi Phones if you want value for money.

Gurinder Singh, 01 Aug 2021It is totally crap dont waste your money for unisocNo its not crap. Much better than its competitors

joe nodden, 31 Jul 2021A 12nm chip? Only 2 big cores that are only clocked at 1.8 ... moreLook at what its competitors are providing at this price point. It is way better than them

I good phone in this price

Gurinder Singh, 01 Aug 2021It is totally crap dont waste your money for unisocHow do you know? You haven't even used a device using this processor. Realme C21Y used this SoC and the reviews are quite good for the price. Don't just rant on a device you haven't even used. Sure it can be a trash phone, but you are not the right person to talk shit about this product. Get a lot life. Peace.

Anonymous, 30 Jul 2021Nice phone. The spec sheet is pretty good but I have no exp... moreIt is totally crap dont waste your money for unisoc

Any future buyers of this trash, have fun with your laggy phone.