Microsoft Edge for Android now available on the Play Store

Microsoft has made the Android version of the new Edge browser publicly available on the Play Store. Users will be warned that the app is still in development and will be unstable but they can still go ahead and install it. 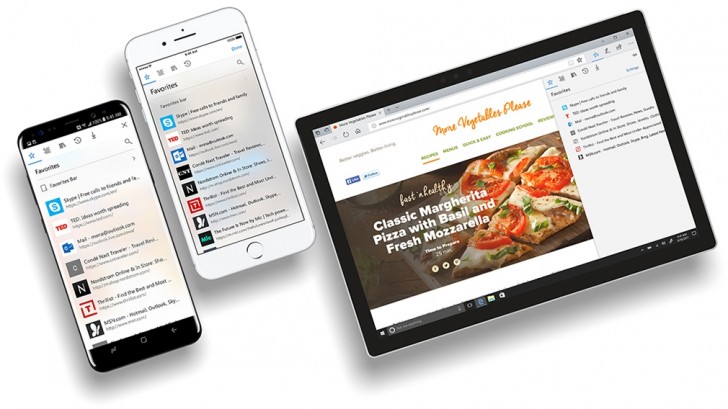 Microsoft released Edge on iOS and Android last week for Windows Insider users exclusively. The iOS version of the app exceeded Apple's 10000 user limit for TestFlight apps and is currently not available to anyone.

Edge on iOS and Android is primarily for those who use Edge on desktop and would want to sync their bookmarks, history, passwords and more on their mobile browser. Edge is pretty much Safari/Chrome underneath on mobile on the surface features a familiar design for Edge users as well as features like Hub View, Reading View, QR-code reader, voice search and more.

Microsoft Outlook for Android and iOS gets redesigned conversations and navigation

Samsung built their own Browser. And it's surprisingly good. No way they'd bump it for this.

Meah, if i ever buy an android. Firefox and duckduckgo are the inly option...

This will likely be pre-installed in the Samsung phones and a lot of people will still use it. At least Microsoft is doing something good after killing groove music. And their Microsoft launcher(Arrow Launcher) is good. So is skype and office apps.