Not long ago a report purportedly originating at unnamed sources from the upstream supply chain told us that the Microsoft Surface Book 2 laptop was already in production. It was supposed to become official at a spring event taking place either this month or in April.

Yet today a new rumor on the matter comes to basically contradict that, saying that Microsoft will not, in fact, unveil the Surface Book 2 at its spring event - which apparently is still on track to take place, even if press invites haven't been sent until now. 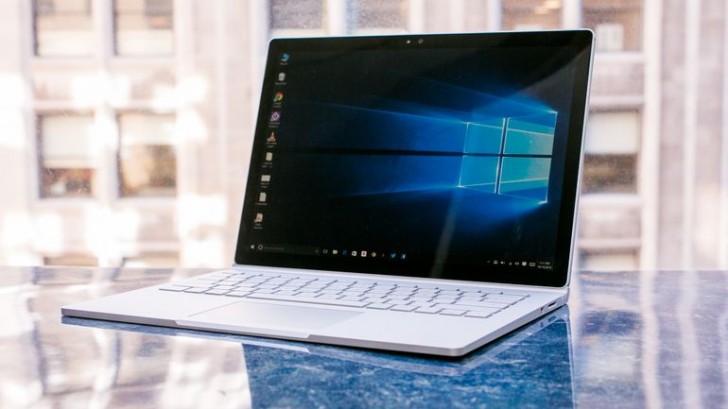 So the event is going to happen, but the Surface Book 2 won't be attending. Will it be the Surface Pro 5 then? While not completely ruled out, that's allegedly not a certainty either. Perhaps the software giant will choose to only showcase the Windows 10 Creators Update on that occasion.

As for the new Surface Book, this isn't finished yet, and that's why it won't become official very soon. The new Surface Book was said to ditch the 2-in-1 design and innovative hinge, packing a traditional laptop form factor into a lower $1,000 starting price instead.

The original Surface Book was announced in October of 2015, alongside the Surface Pro 4, and both devices are getting a bit old - despite Microsoft having introduced a new Surface Book configuration last fall.

where did you get that info? intel has some i7 model with iris 540 which deliver better graphic perfomance than nvidia 940m, can amd build better 15watts cpu than i7 + iris 540? i dont think so

To writer - they are not getting old at all. There's nothing on the market to replace them with, since Kaby Lake is a rebranded Skylake and any other upgrades they could make is just for IO which even Microsoft must feel like would be ripping people ...