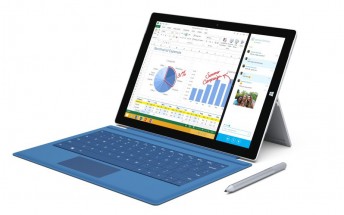 According to two separate reports coming in today, Microsoft has decided to take its Surface line of tablets to India. Sales of the Surface devices in the subcontinent are apparently set to start in February 2016.

That's still quite far off, but at least the software giant is rumored to be taking all of its Surface models to India - including the Surface Pro 4 that could become official at an event tomorrow. The Surface Pro 3 will be offered alongside it.

The tablets will be sold at Microsoft Priority stores across the country. These have previously been known as Nokia Priority stores, but have been rebranded recently, following Microsoft's acquisition of Nokia's mobile device business. The Priority stores currently sell Lumia handsets and they also showcase Windows 10 laptops from other manufacturers, in a bid to popularize the latest version of Microsoft's OS and its associated ecosystem.

Finally revealed ...in INDIA Waiting for you...