Microsoft Germany invited devs and journalists to an event and Panos Panay, the company’s Chief Product Officer, attended. As you can imagine, there were many questions about the Surface Duo. Panay didn’t give away much, but he did reveal that Microsoft is “working on a world-class camera”. 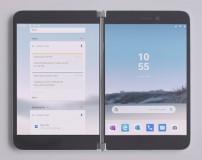 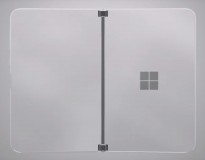 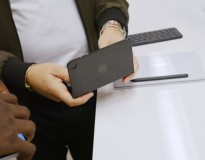 The prototype that was shown off earlier featured only a single selfie camera. There was a large round indentation on the back as well, presumably a placeholder for where the camera module would go. But again, just one.

There’s a full year between now and the scheduled launch of the Surface Duo and much can change in the meantime. But how good a camera module can Microsoft fit in there? The two halves of the device are pretty thin (and they need to be, when you close them you get double the thickness).

The company has an interesting patent that may come into play. It describes a separate lens group and an image sensor that are moved into position by an actuator when needed. When not needed, the sensor is moved away and the optical module goes into a “retracted position”. Or maybe Microsoft has another plan to get great image quality from a thin camera module.

It's powered by Android. If that's what you're asking..

Man everybody knows that even the cheap 150 camera by Nikon does a lot better photos than the best camera phone out yet. Sio whether Xiaomi add decent camera or not or 108 Mpix beats anything i dont care. Still having a 400 eur flagship with be...