Xiaomi Mi CC9 debuted in July and now it's getting the Android 10-based MIUI 11. It's still a beta release so don't open the champagne just yet, but a stable release can't be long now. 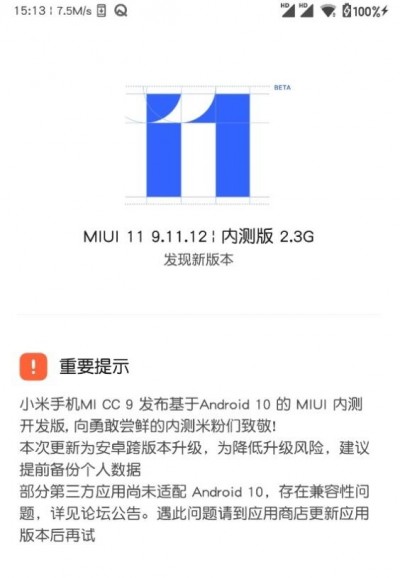 If you are a Xiaomi Mi CC9 owner and want to try out the latest stuff Xiaomi has baked into the MIUI 11, you can do so by downloading the MIUI 11 9.11.12 update that's around 2.3GB.

Maybe the CC9 Pro will get access to the beta version of the software pretty soon too, especially since it's the more sought after model of the two. Also, we can expect the global version of the ROM for the phone to arrive any time now.

Xiaomi to launch a 120W charging phone in India next month

Really? Android 9 is full of holes?