Huawei will probably make the P10 official at its MWC press conference on February 26 in Barcelona. Thus we're starting to see more and more leaks about this device as we get closer to that date.

Today three new renders purportedly depicting Huawei's next flagship smartphone have been outed in China. They show us a handset with a fingerprint scanner on the front, which is important because the placement of that sensor has been highly debated in past rumors. So far we've seen it both on the front (like below), but also on the back. It's thus pretty hard to be sure, even at this late stage in its development, where the P10's fingerprint scanner will be in the end. 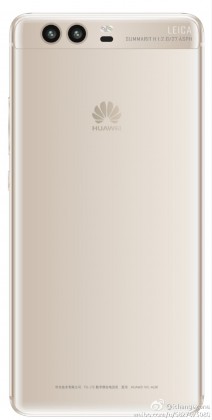 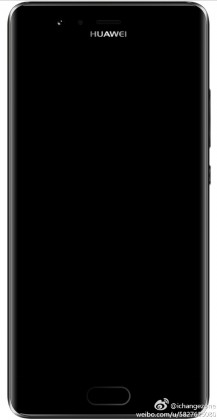 Anyway, from the leaked renders above we also gather that the P10 will come with a dual-curved touchscreen, minimal side bezels, and a dual rear camera arrangement. Like in the P9 and Mate 9 from last year, this is once again carrying Leica branding. A dual-LED flash and laser autofocus window are also on the back, and the phone pictured here has the model number VIC-AL00 and TD-LTE support - hence this is probably the version headed to China Mobile.

The P10 will apparently be released in March or April, with the Kirin 960 chipset on board aided by 6GB of RAM.

Hurray!!! I am very happy but confused. I just heard the good news that the King of a phone I was waiting for (Mate 9) has just been launched here in my country and is on sale from today. Oh my long awaited phone. I was beginning to forget about it a...

Why can't Hooway just remove their branding on the front of the phone?

I don't think it is monster bezel, because curve screen it may look like bezel is so huge, Like HTC 10 I thought the bezel soo huge but later found out phisically it just nice to the phone size