For a while now, we've seen various leaks and rumors regarding the Moto E4 and E4 Plus, the two smartphones that will serve as successors for the Moto E3 from last year. As before, these will be slightly lower-end than the models in the G-series. And it also looks like Motorola is settling for two handsets per line per year.

Today the full specs for both the E4 and E4 Plus have surfaced, along with pricing information. So if we pair all of this to the recently leaked image you can see below (blurry as it may be), we pretty much have the full details about the duo. 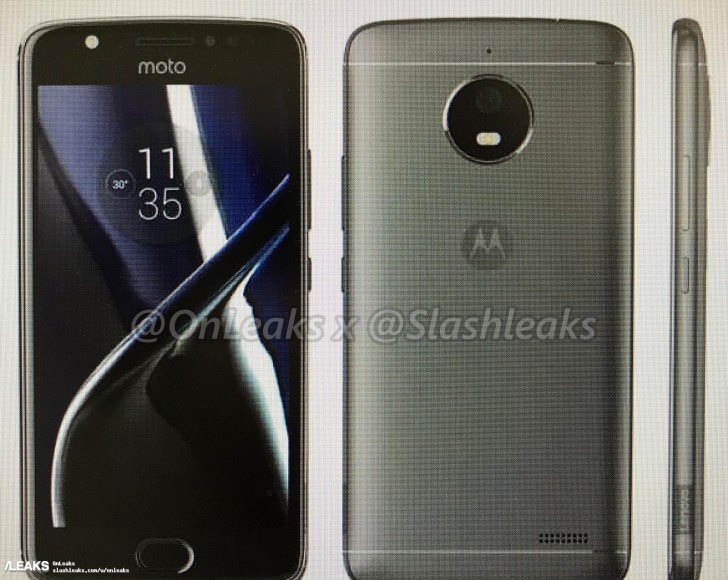 The Moto E4 is going to be priced at around €150 unlocked and SIM-free in the Eurozone. It will be offered in gray, gold, and blue.

The E4 Plus keeps most of the specs from the non-Plus version, but ups the rear camera resolution to 13 MP and the battery capacity to a whopping 5,000 mAh. It also has a bigger, 5.5-inch touchscreen, though the 720p resolution is unchanged. The E4 Plus will also have a variation with 3GB of RAM.

This model will start at about €190 in the Eurozone, while the 3GB RAM iteration may sell for even more than that. It will be available in gray and gold.

Interestingly, the aim of the new E-series devices is not only to be successors to the E3, but also replace the G4 Play which didn't receive a direct G-branded sequel this year. In a first for this line, the E4 and E4 Plus will both have fingerprint sensors on the front. They will also have dual-SIM functionality, but it's still unclear whether a hybrid slot will be employed (sharing one SIM spot with microSD).

Motorola Moto G4 Play currently going for $99 in US

When Snapdragon 660 SoC will be released. It will be perfect upper midrange Mobiles.

Moto seems to have lost it, altogether. These phones both have Junk SOC, And thereby everything else will follow as mediocre. Mediatek 28 NM SOC s have a problem and everybody knows it. Why. not SD425, better connectivity n perf. and acceptability i...

So Moto E has a bigger screen than Moto G?? Most people buying cheap phones don't know or care about specs. Moto E Plus will probably steal sales from Moto G Plus