Moto E4 (or C) could offer Nougat at a sub-$100 price, but rumors are conflicting

Motorola has a new entry-level device, but we can’t quite tell you what it’s called. Moto E4? Moto C? There are competing rumors, but the specs are close enough that we think it’s a single device (perhaps the different names are a regional thing).

We’re looking at something in the very affordable bracket, $50 to $80 or so. That’s a good deal for an Android 7.0 Nougat device, but the specs are very underwhelming: a 5” screen (480 x 854px), quad-core processor (on a MediaTek chipset), 1GB of RAM and a 5MP main camera plus 2MP selfie cam.

The battery is likely 2,300mAh as reported by the FCC, though a Moto E4 Plus version with 4,000mAh in its tank is mentioned by rumors. However, the Brazilian regulatory commission confirms only 2,300mAh. Interestingly, it mentions several RAM options - 1GB, 2GB, 3GB and even 4GB. That can’t be correct, can it? 4GB of RAM on a device with a sub-HD screen? 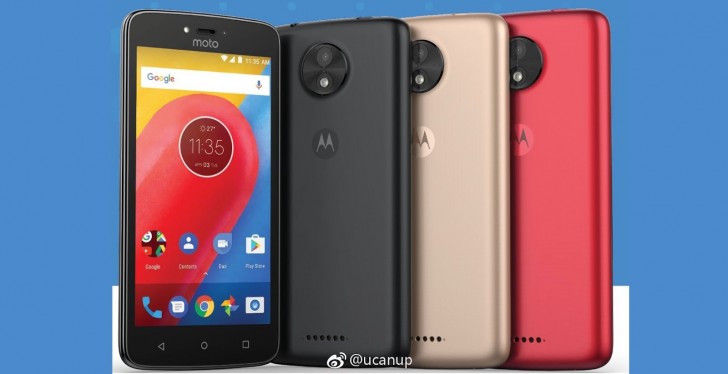 At any rate, we’re looking at a low cost Motorola with Android Nougat. Whether it’s called the Moto E4 or Moto C doesn’t matter quite that much. We would love to see that big battery, though.

Motorola Moto G4 Plus (unlocked) getting Nougat in US

But why Motorola is becoming like Lenovo... come on Moto was known for best mid range phones with Snapdragons Lenovo started screwing it since Moto E3 (mediatek and no updates)

Motor display. The led is not needed because of moto display, a more useful and up market solution.