Moto E4 stops by Geekbench to have some specs exposed

Having already brought a metal build to its mid-range G series for the first time this year with the G5 and G5 Plus, Motorola is getting ready to do the same for the lower-end E line. The metal construction will debut in the Moto E4, a handset we've already seen in a promo video and some leaked renders.

The E4 has been certified by the FCC earlier this month, and now that we're ever closer to its release someone has put a prototype through the paces of Geekbench. 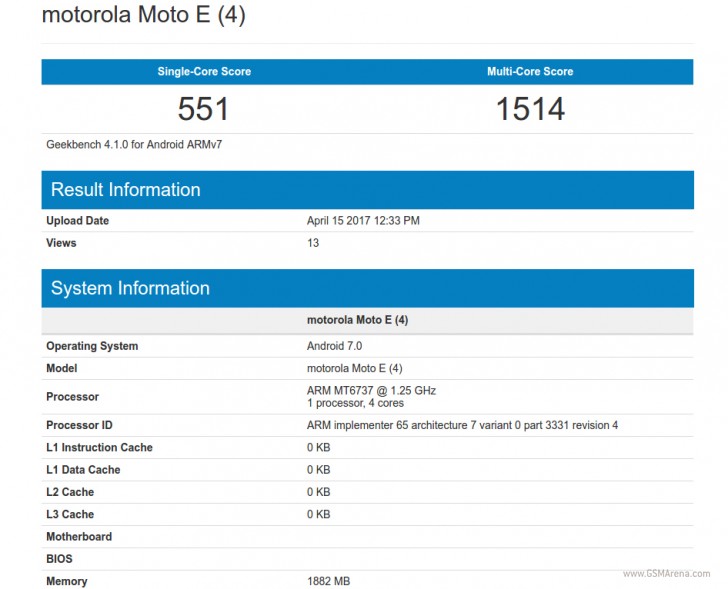 As usual, this has resulted in a brief list of specs being revealed. The benchmark's info listing says the E4 has 2GB of RAM and is powered by the MediaTek MT6737 chipset, with a 1.25 GHz quad-core Cortex-A53 CPU and Mali-T720MP2 GPU. The SoC used means the E4 can't have a screen resolution bigger than 720p, and a rear camera that's higher-res than 13 MP.