Motorola teased the launch of a new smartphone in India a couple of days ago, and now we know it's going to be the Moto E6s, that will make its way to the country on September 16.

This confirmation comes to us through Flipkart that set up a landing page on its website for the Moto E6s.

The page includes images and a few specs of the Moto E6s which suggest that it's actually the Moto E6 Plus that was announced last week at IFA. 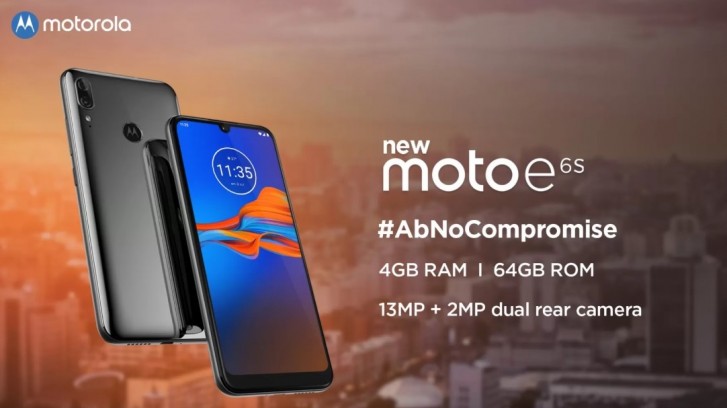 The Moto E6 Plus comes in two memory versions - 2GB/32GB and 4GB/646GB. However, Flipkart's page only mentions the 4GB/64GB variant, so we will have to wait till Monday to see if that's the only configuration the E6s will be offered in.

We will know the pricing and availability details of the Moto E6s next Monday, but in the meantime, you can head over here to know more about it.

Better have a 4000mAh battery or the Chinese competition will eat it alive! OwO

Another "full compromised" and overpriced phone from Lenovorola. But it's an alleged "premium" phone? brand?...

4/64 perfect, hopefully SDM439 onboard. My E2 still work great but newly welcome over new brand that hard pass over a year despite cost me $300