Motorola already launched its Moto E7 Plus last month though its smaller counterpart - the Moto E7 is nowhere to be seen. The device was already seen in certifications, a live leak and a listing for a Canadian carrier and now another carrier is joining in with its own listing of the yet to be announced Moto phone. 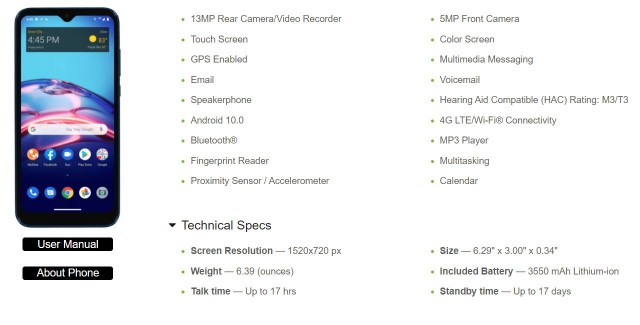 We get another confirmation of the phone’s key specs which include a 6.2-inch HD+ LCD with a 19:9 aspect ratio and waterdrop notch for the 5MP selfie cam. The back houses the 13MP primary shooter alongside a 2MP dept helper, LED flash and fingerprint reader. There’s 2GB RAM and 32GB of expandable storage as well as a 3,550 mAh battery which charges over microUSB.

Unfortunately, pricing and availability are still nowhere to be seen though the previous listing from Canada revealed the phone will sell for CAD 189 ($142/€122). We'll make sure to keep you up to date once more info emerges.

$189CAD is a horrible price for those specs

E7 already, my E2 still working flawlessly while my much newer iphone battery give up already (with price different so high) motorola manage to set the best quality even to low