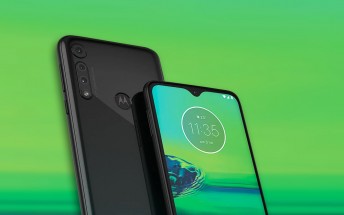 The Moto G8 Play has made an unscheduled appearance at a Chilean online store  bringing with it a complete spec sheet and official-looking images. Its siblings, the G8 and G8 Plus, are nowhere to be seen, however.

The Moto G8 Play is built around a 6.2 IPS LCD. The store doesnt list the resolution, but according to rumors its 720p+. The memory configuration also clearly points that way  2GB of RAM and 32GB storage. Theres a microSD slot for cards up to 512GB.

The chipset is fairly powerful, the MediaTek Helio P70 packs four A73 and four A53 CPU cores and a Mali-G72 MP3 GPU, plus a built-in NPU. This same chip was used in the Moto One Macro  its running Android 9 Pie on both phones too. 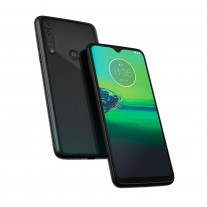 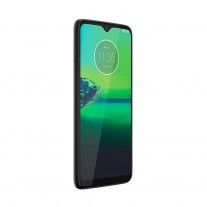 Motorola Moto One G8 Plus

The Moto G8 Play has a triple camera on its back  a 13MP main shooter, a 117° ultra-wide camera and a depth sensor. The resolutions are listed as 13+2+2MP, but thats probably a mistake (we doubt the ultra wide lens will have a mere 2MP sensor behind it).

Rumors claimed 48MP main camera and 16MP ultra wide, so well see what happens with that. The One Macro has a 720p+ screen and 13+2+2MP cameras for what thats worth. Before we move on from the cameras, the 8MP selfie cam is nestled inside a waterdrop notch in the screen.

The phone features a 4,000mAh battery, which is charged over USB-C. Theres also a 3.5mm headphone jack. One last thing, the fingerprint reader is on the back, branded with the Motorola logo as is tradition.

Unfortunately, the store lists the Play as out of stock and doesnt show any price or when units will be available.

Those hardware have no values when there is mi ui on top.Don't even compare with stock android.There is a lot to get in a good software. We don't pay money to see adds.

Here in Mexico, the Moto G8 play and G8 plus are already on sale on a page called "mercado libre". Also, The Moto G8 play is already listed in the Mexican Motorola web page with full specs.