A Google Play edition of Motorola’s budget-friendly Moto G quietly became available for purchase in the United States. The characterful smartphone with stock Android is priced at $179 for the 8GB version and $199 for a device with 16GB of built-in memory. 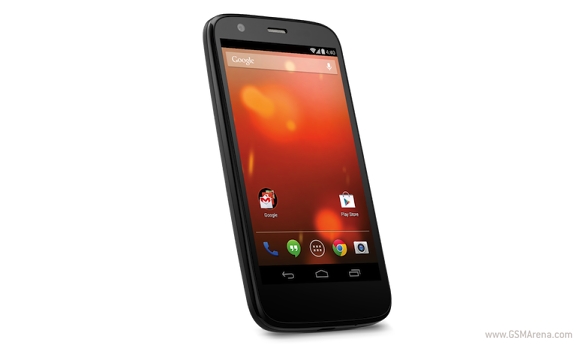 The Google Play edition Moto G is compatible with the HSPA+ bands of AT&T and T-Mobile in the United States. LTE connectivity is not available, though its presence should hardly be a deal breaker in this price range.

There is no different between the specs of the Google Play edition Moto G and its regular sibling. They include Qualcomm Snapdragon 400 SoC, 4.5” 720p display, 5MP camera, and 2,070mAh battery.

There is no word on international availability of the Moto G Google Play edition. Considering its affordable price, it won't be a surprise if the GPE handset sees a wide release.

You can check out our full review of the Moto G over here.

available in the indian market through flipkart..