Motorola’s big upcoming event is scheduled for February 23 and will bring us at least four new phones. We’ve already gathered plenty of details about the Moto G8, G8 Power and the flagship Moto Edge+ but one of the big mysteries was the stylus packing Moto G Stylus midranger.

Earlier today we got confirmation of its naming and suggested specs and now we have our first real images of the device. Twitter user Gustavo Gonzalez got a hold of a pre-production unit of the Moto G Stylus giving us our first real look at the device. As expected it packs a hole punch display and a stylus. 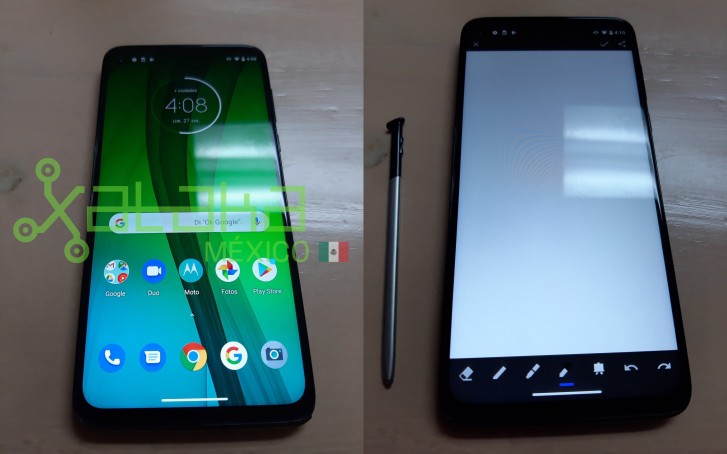 The stylus itself looks pretty basic and does not appear to have any buttons for added functionality like Samsung’s S pens. One of the images also shows a Notes app that takes advantage of the pen but it’s unclear if this is an exclusive Moto app. There is a red flag about this leak though - in one of the images, we can distinguish a prompt that reads "Finish configuring your Moto G7". Of course, this could just be due to the pre-production software on the device. 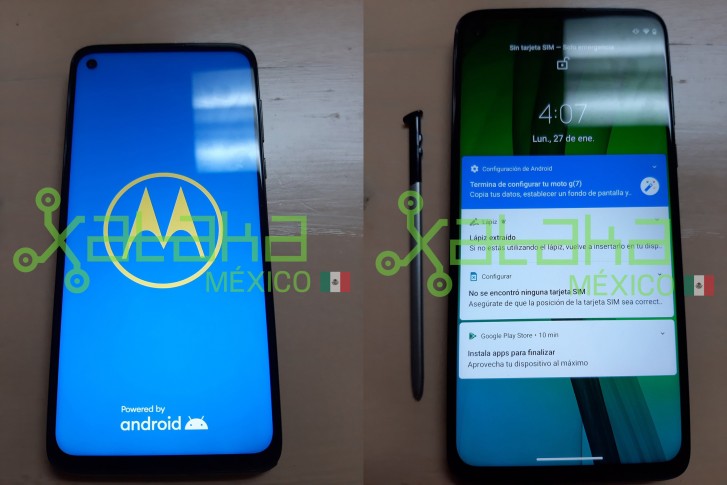 Codenamed “sofia+” and bearing the XT2043-4 model number, the Moto G Stylus is expected to come with a 6.36-inch FHD+ display with a waterdrop notch for its 25MP selfie cam. The back will feature a four-camera array with a 48MP main shooter.

The phone will rely on the Snapdragon 665 chipset alongside 4GB of RAM and 64GB of storage. Battery wise we’re expecting a decent 5,000 mAh cell with 18W fast charging. The software front will be covered by Android 10. 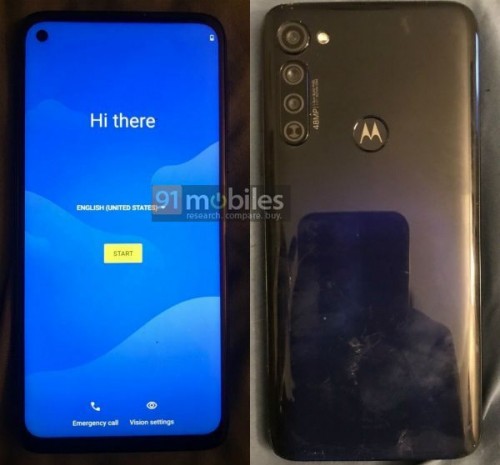 lol it could be funny because they said in 2007: "who wants a stylus?"