The Motorola One Macro is a pretty simple-looking phone with a now fairly standard notch-style design. The only interesting things are on the back, with a glossy gradient paint finish and a whole array of little circles within the camera module. 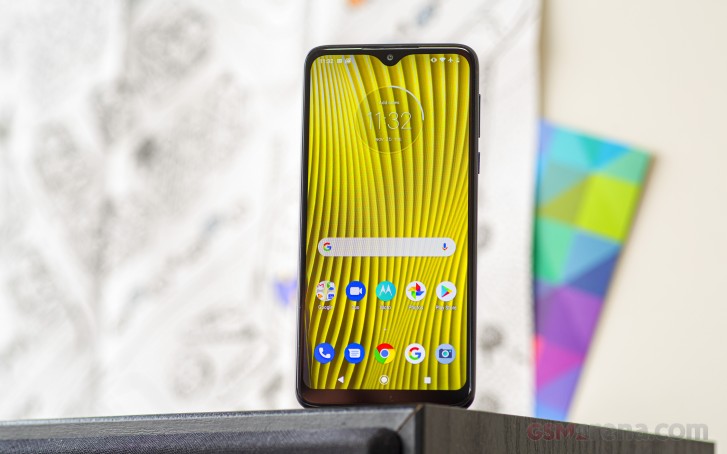 The front of the phone has fairly thick bezels surrounding the 6.2-inch LCD. The notch on the top itself isn't large but larger than average bezel above it makes it look more prominent. There's also a sizable chin at the bottom. The design doesn't look particularly premium from the front but it's not bad, either. 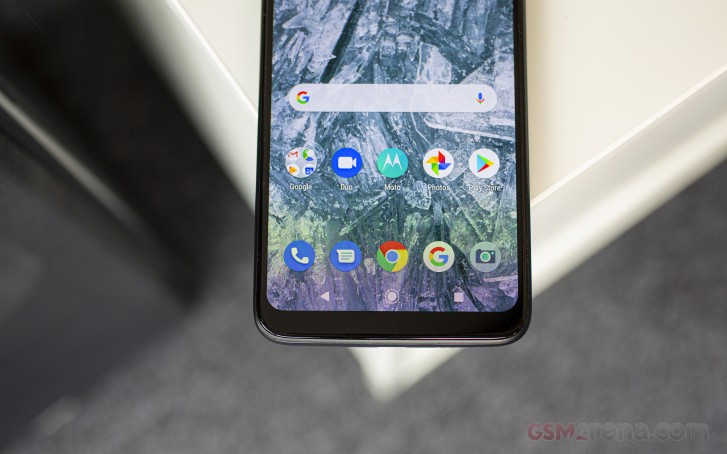 Along the sides, there are the volume and power buttons on the right. These are placed a bit too high for comfort, especially the volume buttons that require shuffling the device around a bit in your hand to reach. The power button has a nice knurled finish but is also a tad too high.

On top of the phone is a standard headphone jack, which is nice to see. On the left is a hybrid SIM tray that can hold two SIM cards or one SIM and one memory card. On the bottom is a standard USB-C port with a single loudspeaker. 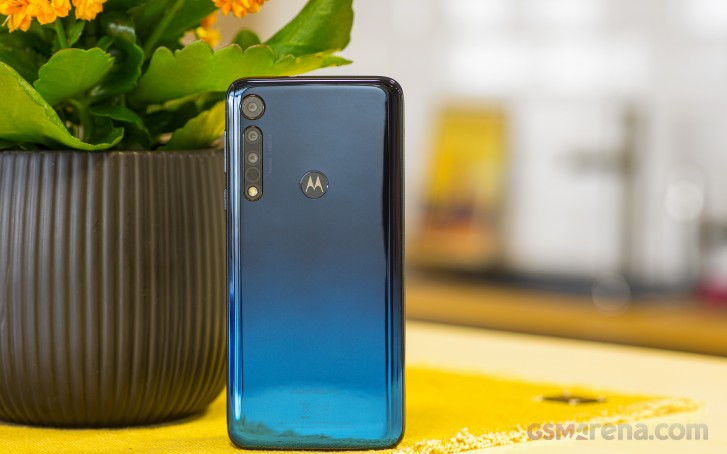 The back of the phone is where all the interesting bits are. The aforementioned paint finish looks nice, as it gradually turns a deep shade of blue towards the bottom. The Motorola logo in the middle is also a fingerprint sensor, which is a nice design touch.

Lastly, there is a cluster of camera lenses. There are actually only three cameras here, of which only two are really usable. One of them is the primary 13MP f2.0 camera and the other is the 2MP f2.2 macro lens. The third camera is a 2MP f2.2 depth sensor. The remaining two circles house the laser autofocus and the single LED flash. 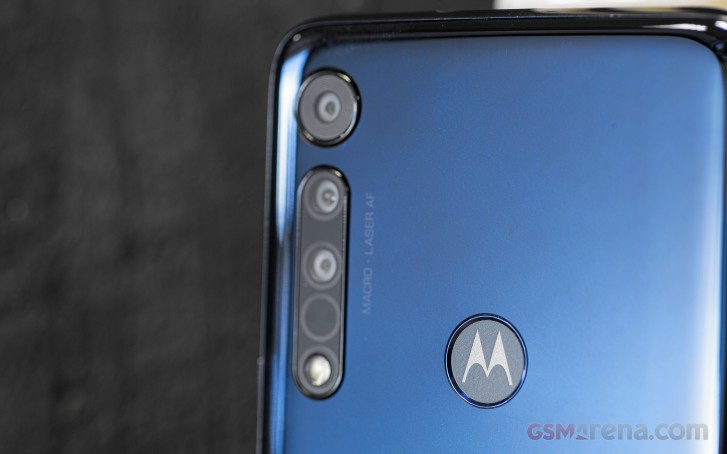 The phone is reasonably well-built overall and feels sturdy in hand despite the plastic construction. The phone is IPX2 rated and has a water-repellent design so it should be relatively safe to use out in the rain but you shouldn't dip it in water. 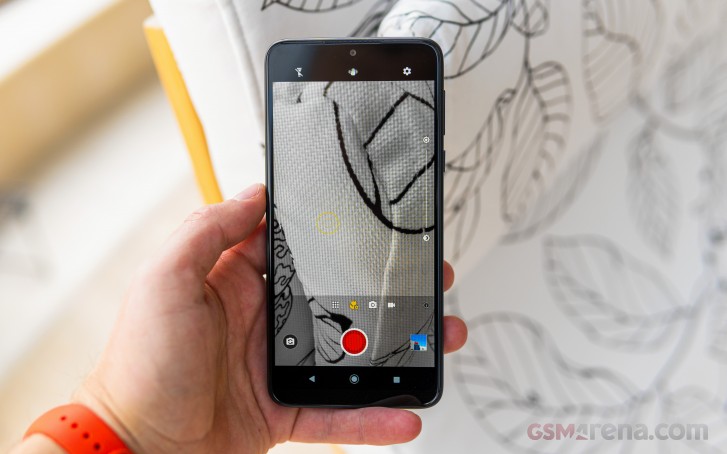 The plastic back cover attracts a lot of fingerprints and doesn't clean easily but it didn't attract scratches as quickly as we thought it would. It's also relatively even and doesn't look warped when light hits it, as is the case with most plastic phones with glossy back. No one will confuse this phone for a more premium one but it's perfectly fine for its class.

Why led notification light is not supported.

While charging phone it gets heating, sometimes it's slowly charging, heating high. I removed charger and connecting it again for better charge. While Playing Modern Combat games for more than 30mins screen gets heating, my fingers burning. ...