Last month we saw the Moto X (2017) in a bunch of leaked hands-on images for the first time, and today some more such pictures have been outed. They don't show anything new, obviously, the design is the same from the first leak. The angles are slightly different this time around, but the overall quality of the shots is lacking. It looks like we have to wait some more for leaked press renders. Those should be coming soon, however, since the Moto X (2017) is hopefully launching within the next few weeks. 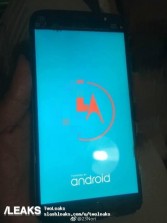 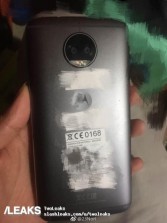 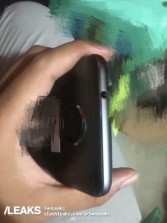 The device has been rumored to employ Qualcomm's Snapdragon 625 chipset, like the Moto Z Play and Moto G5 Plus. We've heard the new X will have 3GB of RAM, but the model shown above actually has 4GB of memory, so it appears that multiple SKUs will be made available. Internal storage is 32GB, expandable we assume.

As you can see, the Moto X (2017) will come with dual rear cameras, just like the Moto Z2 - but logically the new Z devices should have better snappers since they're Motorola's flagships, while the X is just an upper-midrange model. A 3.5mm headset jack is present in this year's edition of the X, thankfully. Past rumors had it coming with a 5.5-inch display.

It would be better if Motorola keeps the X line of phones above the G line. A Snapdragon 660 would have been a better choice regarding to the SoC and a type-C. Hey, it's 2017. Wake up!