Motorola's upcoming Moto Z2 Play has been leaking a lot lately, and a few days ago one such leak has revealed that it should become official on June 1 (tomorrow), at least in Brazil. In the meantime, Motorola's arm in Canada has teased an announcement for tomorrow too. So it's pretty much a given that the Z2 Play will finally be unveiled in a matter of hours.

As usual in these cases, one retailer simply couldn't wait (or got the embargo ending wrong) and has listed the new, still-unannounced handset on its website. This time it's happened in Brazil, which makes sense since that's a big market for Motorola. 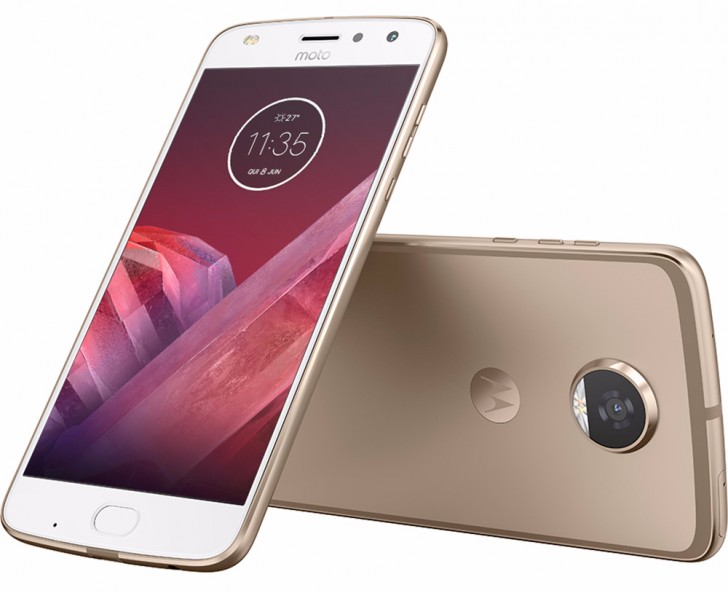 Aside from bringing us the official-looking image you can see above, the listing has once again confirmed all of the Z2 Play's previously leaked specs. The device has a 5.5-inch 1080p AMOLED touchscreen, a 12 MP rear camera with Dual Pixel and laser autofocus, dual-LED flash, and 4K video recording, and a 5 MP selfie cam with its own dual-LED flash.

The smartphone is priced at BRL 2,699, which currently translates into $834 or 742€. The price includes the projector MotoMod. If you aren't in Brazil, however, don't take that very seriously, because unfortunately mobile devices are usually much more expensive over there than they are in other parts of the world.

Hmm, so let's wait until tomorrow, to confirm what Moto Lenovo really have in store.