The biggest unique selling point for the newly outed Moto Z and Moto Z Force has nothing to do with the devices themselves. That's because Lenovo thinks it can bring something entirely new to the smartphone party with MotoMods.

These are the modular accessories that snap onto the backs of the Z and the Z Force. They connect through those 16 small pins you can see on the lower side of the handsets' rears, and they stay put by the power of magnets. 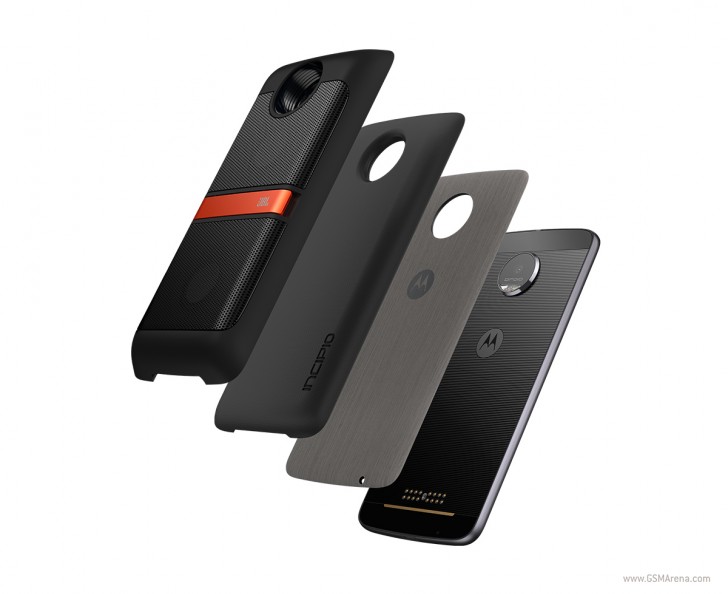 Lenovo has presented a few MotoMods, but it's also asking eager developers to participate and create their own. The simplest of mods are the so called Style Shells, which don't do anything special and are all about the materials used. You can pick from real wood, leather, or a patterned fabric for example, in order to make your Moto Z that much more unique.

The JBL Soundboost, on the other hand, adds two 3W speakers to the back of your phone. And once you've snapped this accessory in, music will automatically start playing on its speakers, there's nothing else you need to fiddle with. The speakers have 27mm diameter each, and 200 Hz - 20 KHz frequency response. What's more, the Soundboost has an additional 1,000 mAh cell to boost your Z's battery life. 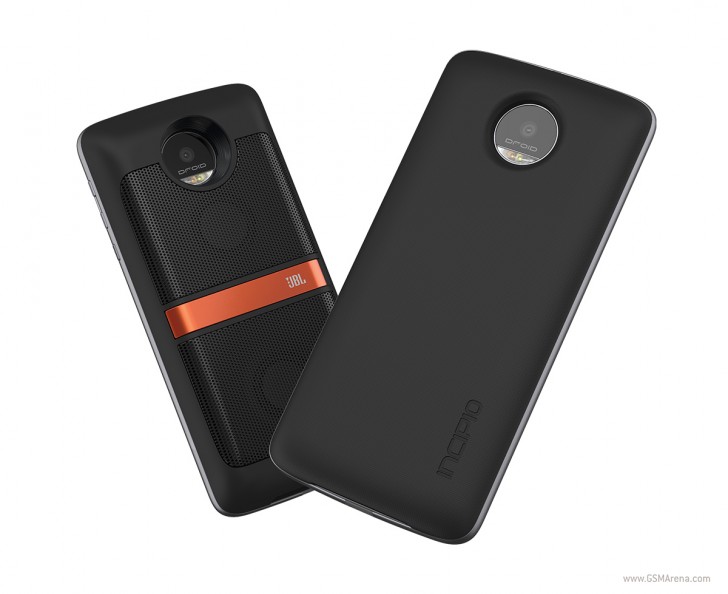 If more battery capacity is all you're after, then the Incipio Offgrid power pack is for you, with 2,220 mAh to add to what your Z or Z Force already packs inside. This will also be available in a version that has built-in support for wireless charging (Qi and PMA compatible). 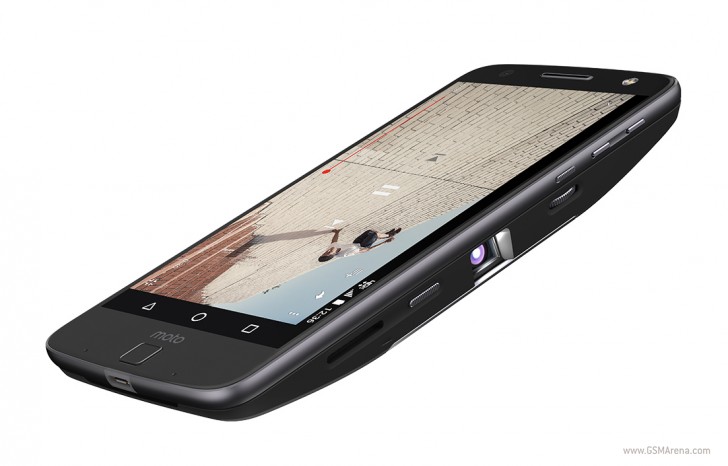 Finally, the InstaShare projector is just that - a pico-projector built into a MotoMod case. It can project whatever is on your phone's display into a 70" big screen. Then again, the projected images only have 854x480 resolution, so do expect to count some pixels here and there. The projector also has a built-in battery, this time we're talking about 1,100 mAh. This should reportedly add up to an hour of projection time.

Expect all of these accessories to become available alongside the Moto Z and Moto Z Force this summer in the US and starting in the fall everywhere else.

Wow, Moto Z has already made a way to my top phone list. I just wish that its price wouldn't reach extreme heights as iPhone's 6s Plus and Samsung's Galaxy S7. No matter how much I'd love Moto Z in real life I just couldn't spend my savings for just ...

I hope the battery mod does not disturb the camera to much.

Wow.moto is back with a bang.i like the JBL mod and camera pro mod.i will buy that unless I will buy moto Z phones.