Motorola is celebrating the 45th anniversary of the first mobile phone in the world with a sale. The device happened to be the Motorola DynaTAC - 13-inch tall, weighing 1.75 pounds and with no display of any sort. The company is offering discounts on select phones in the US. 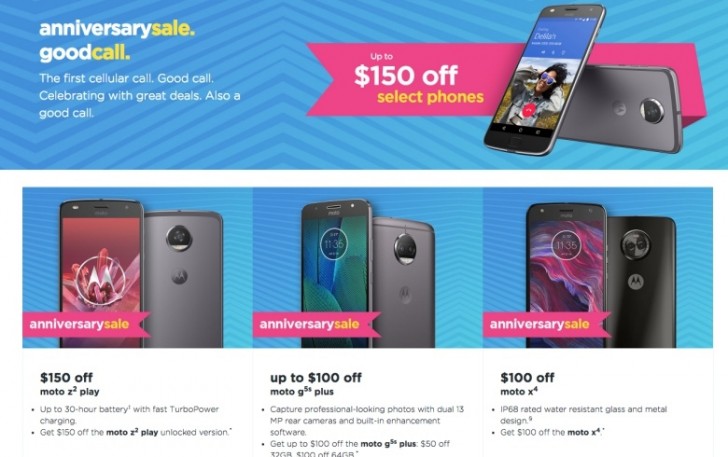 The Moto E series gets up to $40 off. The Moto G and X series get up to $100 off. Finally, the Moto Z series gets up to $150 off. These discounts are only available on select models in the series and vary depending upon the variant you choose. So, for example, while the 64GB Moto G5s Plus gets $100 off, the 32GB gets only $50 off.

The sale is only available on the Motorola online store and only for on April 3 and April 4.

The last time they announced a new device was August 2017 (8 months ago).