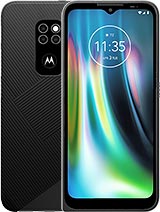 Epic, 04 Feb 2022Can your robotic eyes pick up the pixels? The normal human ... moreI have samsun a13 5g and i confirm i can see low density pixel when i look the app icon , or small image

Tony Lord, 13 Aug 2021270ppi in the year 2021? Hell no!!!Can your robotic eyes pick up the pixels? The normal human eye cannot pick up pixelation at 270 ppi. You just trying to find something to complain about.

MrPsmith, 16 Nov 2021From apart of whiny kids, who doesn't like the specs o... moreHave been using it for about 4 months and I really like it, it had a few drops, no issues, battery is great, lasts at least a day with super heavy use so most would be able to get 2 out of it. At first its a bit big, as I am used to smaller screen sizes but you get used to it very quickly.

Anonymous, 30 Dec 2021Does anybody know If IT has an e-compass? Some Sites say N... moreYes it does

Does anybody know If IT has an e-compass?
Some Sites say No, some yes....IT IS Important for me.

Anonymous, 13 Nov 2021I've had it for 2 weeks now. Personally, I didn't... moreIf you don't want it to fast charge, just use a lower wattage charging brick or a slower computer USB port.

From apart of whiny kids, who doesn't like the specs of a phone which isn't made for its specs; and for some reason they come and bash it, because its not a far-eastern "marvel" (at least I hope its not) full of bloatware - why do you think your redmi, and xiaomi is that cheap? thats the price of your security(which you don't give a shit-Iknow) - DID ANYONE USE IT?
So can someone please answer some basic questions about the phone?
1.: Will this phone probably hold more than an average consumer phone (so more than 2years)?
2.: Does it have problems like the other NOT far-eastern-cheapcompanies-made rugged phones (nokia(seems software issues), cat(battery))?
And all in all what's your opinion about the phone, IF you USED it?
Thanks.

I've had it for 2 weeks now. Personally, I didn't look for a gaming phone, 'cause I'm not usually playing games on my phone, so the chipset didn't turn me off. Didn't look for a phone with a great camera either, though the specs for the camera didn't look that bad. I was looking for a decent phone that would survive to accidental drops on concrete and could stay underwater for some time. I'm no construction worker, but I'm pretty careless with my phones and just wanted something that could survive... me.

Didn't test the durability so far, but I'll trust those people on YT that actually tested it for us, the mortals. Seen a lot of people dropping this one and smashing it with a hammer several times to give it at least some credibility. Holding it in my hand, can see that the materials used are top-quality. The grooved back feels really nice and makes it harder for people to drop it accidentally.
Even though it does have only 4gb ram and doesn't come with the best chipset out there, personally, I didn't feel the need for more. As I'm only watching videos on different platforms from time to time, using the phone for online meetings, searching information on different things, and even playing some games, the phone performed well. No lag, no anything.
The phone doesn't seem to run into heating problems. The only time I'm feeling SOME heat is when the phone is charging. No biggie, cause the change in temperature is barely noticeable. That might be normal, because of the fast-charge function, something that I don't know how to disable atm.
Camera is... decent. Using the different modes, could provide you with good quality photos. It can get bad at night, but night mode comes in handy. Don't get your hopes up though... If you want good photos, go buy a professional camera.
Loudspeaker... pretty good for me. Sound is loud and, that's really impressive, clear. You can hear clearly what people are saying in videos, also mp3s. ALSO, it has a 3.5mm Jack. If you're wearing headphones from time to time, it may come in handy.
Battery... it's ok, I guess. Using it intensely for full 5-6 hours a day, I can charge it once in 2 days. Well, keep in mind that I'm not charging it to 100%, only 80% and not letting it drop less than 15%.

For me, there is only one downside. Yes, it's dual-sim. Yes, you can slot a microSD card. No, you can't have two sims and a microSD card at the same time. BUT... that 64 GB is more than enough if you don't download a lot of games and only keep photos and music on it. If you remember to download the photos on your pc/external drive and then delete them from your phone, 64gb it's more than enough for everyday use.

Overall, keep in mind that Motorola gives you, FIRST AND FOREMOST, a RUGGED phone, and SECONDLY, a decent speced phone for 250 euros. (depends on the country you live). For this money and for what I'm actively looking, this phone is the best I could find.

Sale time in Germany, already...
249 € at Amazon, Saturn and MediaMarkt.

Of course, making a reliable, protected phone from a renowned manufacturer who knows how not to spoil the shell of the operating system and performance is commendable. But such a device is made for the corporate segment and low-level employees, so the weakest part of the device is its low memory volume, while the price clearly allows the use of 128GB.
In general, there are many complaints - you can specify from 4GB of RAM, and not a modern processor, to a dubious screen and photo capabilities. But these points have nothing to do with the purpose for which this phone was released. The possibilities that are there are enough in full. But the actual error is the small amount of memory. Enterprise applications can work poorly with a flash drive, because specialized software is often written by clowns for stupid purposes, and memory is critical.

Anonymous, 10 Aug 2021I like the idea of programmable button. But being it's... moreProduced under license by Bullit Group (which also makes the CAT phones), from my experience (CAT S60 and S41), thing should be rock solid production wise.

Does anyone know what is the SAR (Specific Absorption Rate, EU or USA) of this phone model (Motorola Defy 2021)?
Thank you for your reply.
Francesco

Someone know what is the SAR (Specific absorption rate, EU or USA) of this phone model (Motorola Defy 2021)?
Thank you for your reply.

John, 20 Aug 2021With HMD Nokia stepping in with the XR20, this looks like a... moreI am sorry but it is not so simple. I have the Nokia XR20 and the choice is not as simple. The phone is sluggish as hell, the software sometimes crashes, the battery does not last through a full day of heavy use and the so-called stereo speakers are really bad. I am not sure the faster Chipset, brighter display and ultrawide camera justifies the almost 200 Euro price difference so I ordered a Defy 2021 as well to check it out. The Defy and also be used in sea water, not sure about the XR20. Overall I am disappointed by the XR20.

John, 20 Aug 2021With HMD Nokia stepping in with the XR20, this looks like a... moreJohn, I'm going by the price listed here at gsmarena

But you are comparing features of $319 EUR vs $470 EUR phones, which means we have to take the info you posted with a lump of salt in light of it.

With HMD Nokia stepping in with the XR20, this looks like a straight walkover. The Nokia has a slightly larger 1080p display, a much more powerful 5G-embedded chipset, a rear ultrawide camera, wireless charging support, and Android 11 out of the box with three years of guaranteed OS update. The only way Motorola can make this phone appealing is to sell it for a much MUCH cheaper price than the Nokia. $390 RRP definitely wouldn't cut it. $349 or even $299 would be more reasonable.