Motorola will launch the Edge S tomorrow- the first phone with the Snapdragon 870. We've already seen real-life images of the Edge S, but now a teaser confirmed the looks of the back panel - four shooters, lined up in a square formation. 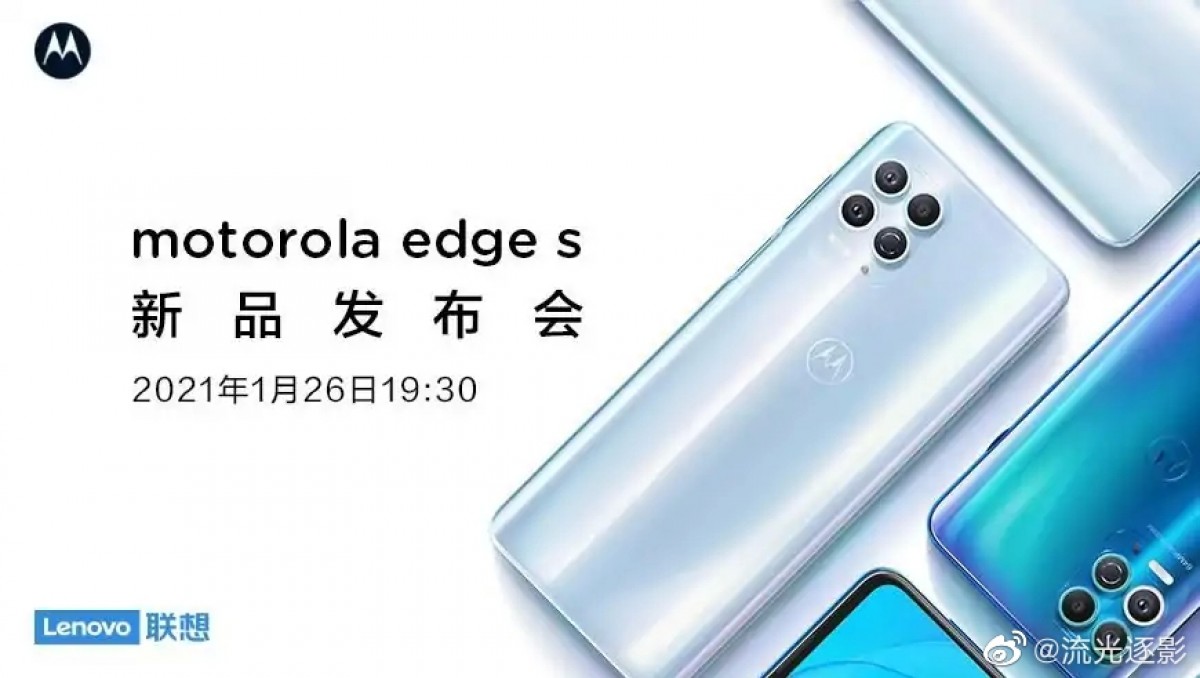 The image also showcases the launch date January 26, but this was already made official by the company itself. We also know the event will begin at 19:30 local time, which is GMT +8 or 11:30 UTC.

The Edge S should bring a 6.7” screen with Full HD+ resolution, a 64MP main camera and a big 5,000mAh battery with some fast charging. It remains a mystery whether the phone with the fastest CPU core ever (a title Qualcomm is really proud of) will escape China.

Exactly, just wanted to write, X4 had incredibly beautiful camera part and one of the most impressive Gorilla Glass panels at the back.

It was google itself who ditched them