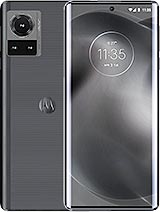 you have to suffer, 05 Jun 2022wth 194mp phone?? such a unusual oil painting sizeIt is the Samsung's long awaited 200mp sensor I assume.

Anonymous, 11 Apr 2022So long, no leaks or rumours. Is it even gonna launch?Hopefully it will...

oio, 03 Apr 2022in my opinion 194 mp camera doesn't really matter. pho... moreEven if sensor can capture more light and f1.5 gets more light than f1.8 , f1.8 seems more reasonable since your daylight photos would be crushed if you had like f1.5 on S21 ultra sensor. Manufacturers need balance , not everything can be done through the software... but dual aparature like on S10 would be great, but also camera bump would be bigger than it is now.... phones hitting a bounds for quite some time hardware wise... only thing that can be considered as new breakthrough is software feature like it was night mode on huawei...
Summary is:
Bigger batteries are quite bad for phones due to already huge and heavy designs.
Screens are already better than monitors and TV's....
Cpu power starting to be irrelevant due to thermal throttling...
Camera bumps are already bigger than they should be...
Charging tech is already quite insane at 120w+ speeds
Sound is pretty loud if you take form factor and size in consideration...
Plenty of memory options for everyone... from 64 GB to 1 TB....
So in monoblock form factor I'm pretty sure that we will not see any "major improvement " hardware wise for quite some time...
Most of things that gets better are software improvements...
So the question is, do we really need more from a phone these days...

So long, no leaks or rumours. Is it even gonna launch?

Just when you thought for sure that Motorola was done with curved screens.I still have my Edge 2020, and I'm OK with it. If they would have given the Frontier expandable storage, I would have considered it. I guess I'll just have to wait for the vanilla version, if they ever decide to release one. But unless it's better than what I have, what's the point?

in my opinion 194 mp camera doesn't really matter. phone manufacturers in like 2019 had really wide apertures at f/1.5. apertures make cameras better at dynamic range, detail, and in video. (main concern of androids)

nowadays phones has like f/1.8 for some reason. if anyone here knows more about cameras please tell me why manufacturers aren't putting a wide apeture on the phones

If they finally get IP68 waterproof on it, I'll finally consider their phone.
No matter how high-end they make, they miss the IP68

Anonymous, 14 Mar 2022Lately I'm so bored of phones that I'd rather buy... moreFunny thing, Android also outshines iPhone in the simplicity department. I use Android exclusively for my kids and grandparents. Just have to use a different launcher. "Simple Launcher" is my go-to launcher for whenever a device has to be simplified, or tweaked for someone with fat finger syndrome.
I tried tweaking an iphone for my grandma-in-law, and is an ever ongoing fat-finger-click-everything-mess disaster.

Dryhandler, 29 Mar 2022Frontier - the name itself makes it a flagship, however, Mo... moreWhat do you mean? People still tout 2020 edge+ as the best moto flagship yet.

Frontier - the name itself makes it a flagship, however, Motorola would be foolish to launch this phone with curved display. Hope it has learned from Edge+'s horror curved screen user experience.

Main camera can do 4x 12mp multibayer, what's the point of 2x 12mp camera lol. 5x or 10x would made sense. No reason camera flood similar to 2mp and 5mp madness.

I like the design though it looks like the Vivo X60 from the back. The specs are impressive but I'm still wondering, who built this camera sensor?