Three new mid-range and entry-level offerings from Motorola have arrived in Europe, following launches in Brazil and India.

As expected the Moto G9 Play (known simply as the G9 in India) can now be found on the Old Continent. In the UK its price is set to £160 while on the mainland it’s €170. That’s the price in Germany, the Netherlands and Belgium, anyway.

The Moto G9 Plus will be available soon, though no stock is available anywhere in Europe yet and the price isn’t listed. The European price should be under €350, which is how much the more capable Moto G 5G costs. 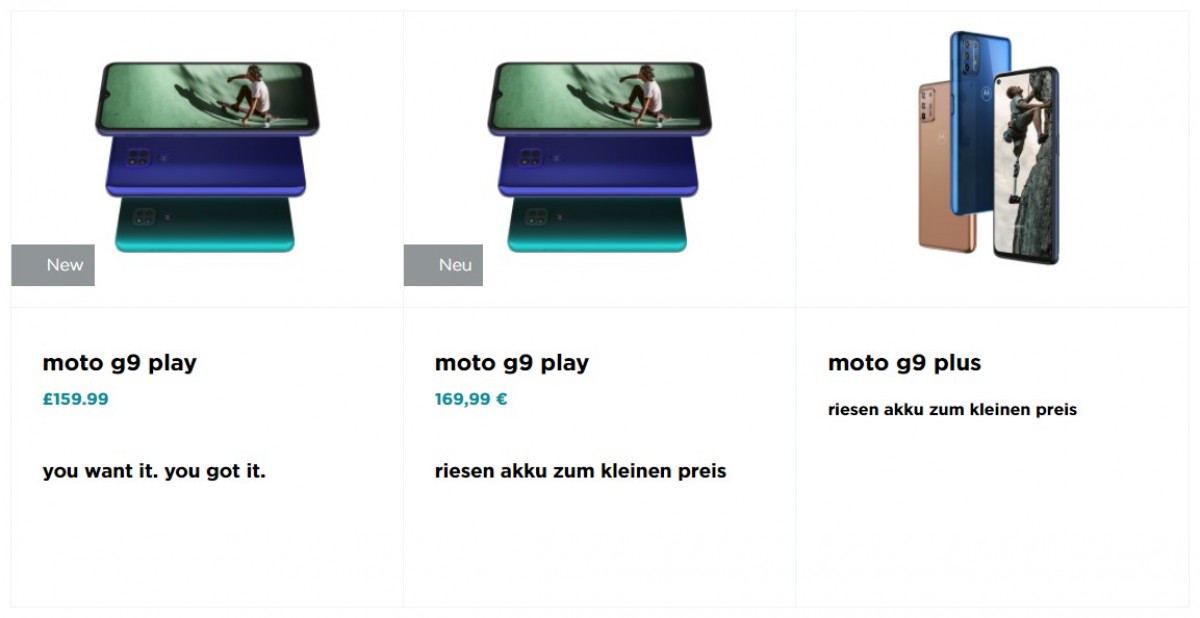 The same goes for the Moto E7 Plus – no stock, no price. In terms of specs the E7 Plus and G9 Play are nearly identical, save for the chipset, Snapdragon 460 and 662, respectively. Expect the pricing to be similar.

Maybe in UK, but Realme can be purchased in almost every European country.