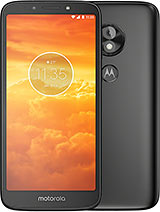 Utterly useless, yes the camer is tolerable so is general usage but most games refuse to run for more than 5 minutes and the majority of the games that don't have this issue run like garbage, The intergrated headphone amp is most certainly usuable so it is brilliant for music playback however video playback is not the best due to the substandard screen boasting a lower resolution than the Moto E1,a phone that's 4 generations older. but for light gaming (Ports of much older console games), browsing the internet and online shopping it is quite good however overall I do not reccomend this phone, just shell out a little extra for the standard E5 Play or just about £50 more for the One or G8

Do not buy one. Worst phone ever.

My opinion of my Moto E5 Go phone is terrible. It is the worst phone I have ever purchased.....

Alyce68, 21 Jun 2019This is the worst phone I've owned. It restarts apps when I... moreDid you ever find a fix for the game issue? I'm ready to throw this piece of crap into a brick wall..kicks me off of coinmaster every 2 minutes

This phone is absolutely terrible. My girlfriend's grandmother bought it listed at 100 dollars and by far her worst choice in that budget range. I'll be stuck trying to contact anybody in my phone for three minutes plus. Extremely slow, and should definitely be repurposed as a speedbump.

jpaz, 20 May 2019I bought this phone thinking it would be great. What a dis... moreThe E5 Is way better, The go edition is just crap Motorola makes good phones.

This thing is hands down the biggest piece of garbage if I didn't need it to communicate with my boss I would have used it for a 65$ target already and destroyed it already ... Can't complete a single task without stopping and going back to home screen Every f@#+in time I hate this thing and can't wait to shoot it burn it and run it over with my truck before I throw it in the garbage disposal and shoot this worthless excuse of supposed modern technology I can't believe how enraged I get with it .... This (review) took 3 trips to the home screen trying to write .. I really am going to smile when I end this craps presents in my life gggrrrrrrrrrr this thing is the best if you love to be PISSED TF OFFFFFF

I've never experienced something worse than this.
It's always out of coverage.

Nobody, 18 Jul 2018The xiaomi redmi 5A costs less and literally have a better ... moreIt doesn't have a finger print scanner

I have owned this for 7 months. My phone has awful battery life, You can't use the Google search widget when the clock is loading and it randomly turns off. Would I recommend this to be your Full daily driver for the next 1-2 years? Yes and No. Yes if you use your phone as a phone and No if you like to game; If you do game, I'd say spend some more and go with either Moto E5/G7 play, Redmi 7 (3/32) or A20e.

This is the worst phone I've owned. It restarts apps when I switch back and fourth between 2. Kicks me out of a game I have had on all my other phones. I would never recommend this phone.

Ray, 20 May 2019Don't waste your time and money, the screen strobes when yo... moreNot even close to being slow. I got this and was able to play music over my bluetooth sound system & surf the net & open apps all without lag.

I bought this phone thinking it would be great. What a disappointment. My contacts keep disappearing and they started out in alphabetical order, now they are all scrabbled. I'm really hating this phone... I wasted my money. Do not bother with Motorola products....they are garbage...not the good reliable products they used to be.

Don't waste your time and money, the screen strobes when you open any apps and it is very slow. After it finishes with the updates it gets even worse. I only used this phone for a week and I went and bought an LG zone 4

Not a bad phone for under £100.It s better than a lot of phones in the price point. Shame it is not getting android 9 go.

My local Walmart had the gold E4 play on closeout for $30.
I went back to get the 2 they had and they had moved the whole Verizon
section and apparently sent the E4's back to Verizon.
Days later I saw these for sale, what a joke. I pity anyone anyone who buys these POS.
Huge step back and doesn't even make since with the numbering.

BernardZG, 28 Jan 2019I do not understand what the Motorola tried to do here, the... moreTrue, stupid choices from Lenovo (Motorola).