Detailed specs of the Motorola Moto E6 surfaced last week, but they lacked information about its battery. Well, thanks to the phone's FCC listing, we now know that it will pack a 3,000 mAh cell which is 1,000 mAh smaller than what its predecessor, the Moto E5, had.

The FCC listing of the Moto E6 - bearing model number XT2005-3 and codename "surfna" - also includes a diagram of the phone's back which shows the primary camera placed in the center, unlike the leaked render which has it in the top-left corner. 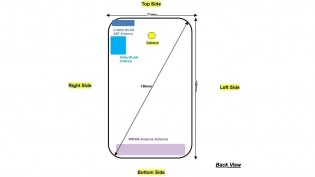 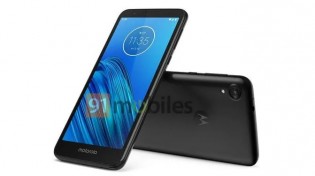 The diagram further tells us that the Moto E6 measures 158 mm diagonally which translates to 6.22-inch. However, do note that the actual size of the phone's display is said to be 5.45-inch having a resolution of 1440 x 720 pixels. Thick bezels are a given in this price range, but can they really be that wasteful?

The rest of the rumored specs of the Moto E6 include Snapdragon 430 SoC, 2GB RAM, 13MP rear camera, 5MP selfie snapper, and up to 32GB of internal storage.

Motorola is yet to set a date for the Moto E6 announcement, but it can't be long now.

Motorola One Vision tipped to launch on May 15 in Brazil

No compact phone?! How many phones MOTO release 6"+ or too big/wide phones?. Moto G7 play seems to be reasonable but BIG NOTCH.. omg.. its horrible..

Dead on Arrival Old 28nm chip SD430 paired with smallish 3000 mAh battery on 6+inch screen... The 720p screen might help the battery life a bit but against the current competitor like Vivo lower model, Redmi 7, and Samsung M20 who all have l...

Really hate what Motorola's doing with its budget line of phones, they're scaling back on small things that are annoying. The G7 Power is a decent handset, but has less ram than a G5 Plus? E6 shows up with a smaller battery than its predecessor? I do...