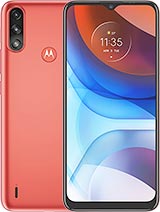 Bought this due to larger screen size compared to my Samsung A20e. However, the 2Gb RAM cripples this phone with some apps not installing. Can hang using more than one app and I sometimes have to re-boot it. Not recommended.

Anonymous, 08 Jul 2021Talk about inferior.. Unisoc? Seriously? At least use a low... moreI bought one 2 weeks ago, the screen isn't the brightest at this budget price point. But overall I am very pleased with the device itself. It does all that its supposed to do, and again at such a low price of €95, I really couldn't expect any more. Buy one and you'll see for yourself. :)

Bought 2 of these as emergency phones for my lone workers; all they are used for is the location tracking app and emergency calls; the large battery capacity and dual SIM capability makes them ideal for our needs as we cover a rural area and no one network guarantees coverage. Speed for internet use is acceptable although I suspect it would be poor if used for gaming and there isn't enough memory for taking a stack of photos.

They should make it cheaper no more than 80$

Talk about inferior.. Unisoc? Seriously? At least use a low end Mediatek(let alone snapdragon). Although, I wouldn't blame motorolla.. Their financial state isn't exactly great.. At least to the extent that I heard anyway, and this phone is another example of that.. Plus chip shortage and etc. Makes up for more dire situation

28nm! What a microwave