Motorola unveiled the Moto G10 and Moto G30 last month with big screens, big batteries, and quad rear cameras. Today the company announced it will bring the Moto G30 to India on March 9 alongside a new smartphone - Moto G10 Power.

The Moto G10 Power and Moto G30 will launch in India at 12PM local time (6:30AM UTC) and will be sold through Flipkart, which reveals both smartphones will run Android 11 out of the box and come with a feature called ThinkShield. 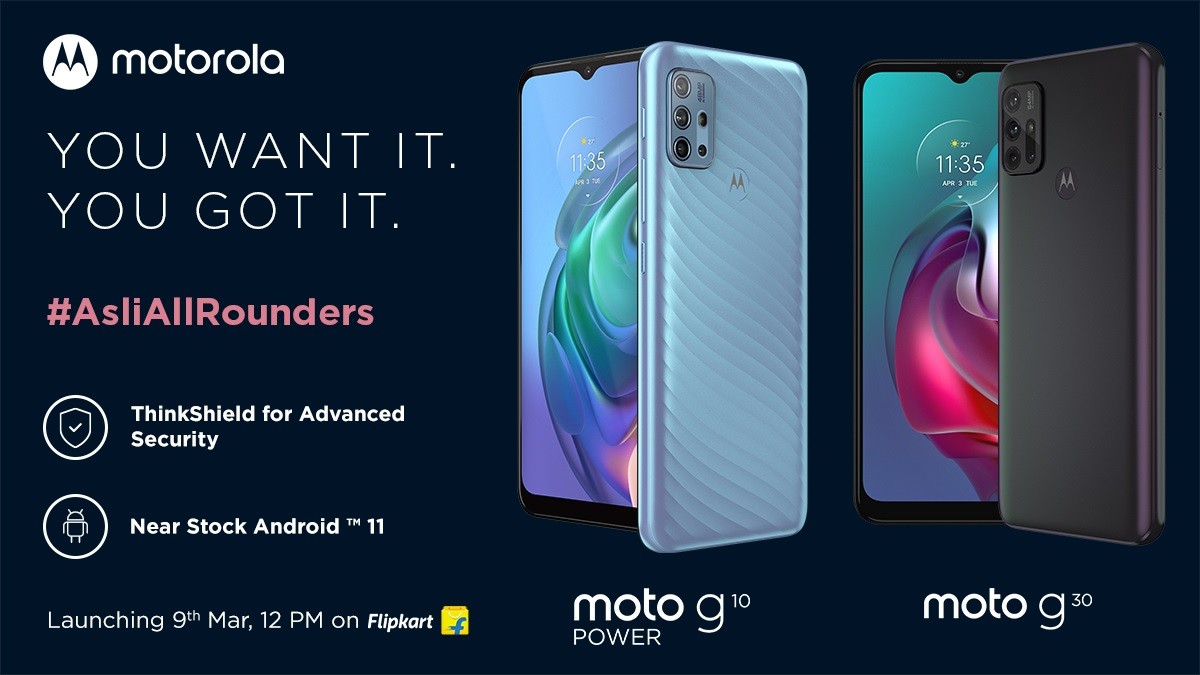 Since the Moto G30 was introduced last month, we know it will come with Snapdragon 662 SoC, 6.5" 90Hz HD+ LCD, and a 5,000 mAh battery with 20W charging. The smartphone will feature a 13MP selfie camera, and its rear panel will be home to a quad camera setup consisting of a 64MP primary, 8MP ultrawide, 2MP macro, and 2MP depth units.

The Moto G30 also has a fingerprint reader on its back for biometric authentication. The G30 has two memory configurations - 4GB/128GB and 6GB/128GB. But it's unclear what amount of RAM and storage it will have in India.

The Moto G10 Power, on the other hand, is a new smartphone, but considering the "Power" moniker, we believe it will be a Moto G10 with a bigger battery and faster charging.

The image of the Moto G10 Power shared by Motorola tells us the smartphone looks similar to the vanilla G10 - a notched display with a quad camera on the back accompanied by a fingerprint scanner. 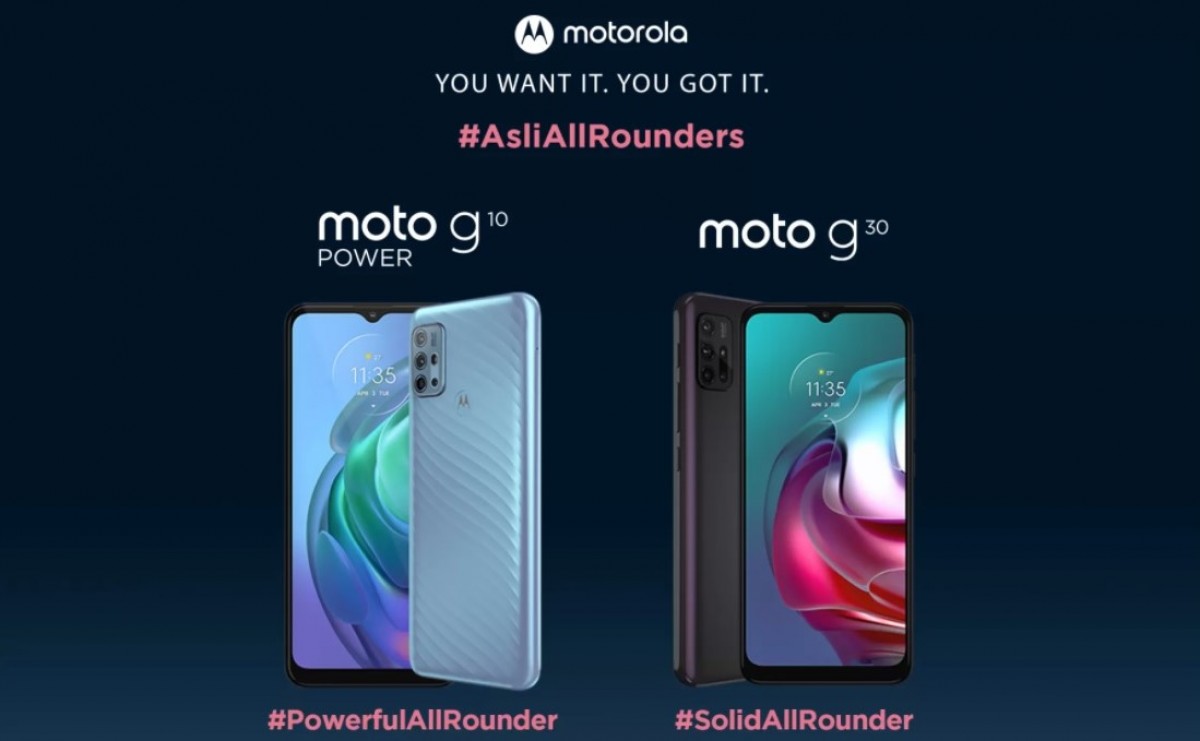 The Moto G10 has a Snapdragon 460 SoC at the helm, and it's built around a 6.5" HD+ LCD. It packs a 5,000 mAh battery with 10W charging and has a total of four cameras on board - an 8MP selfie shooter with a 48MP primary camera on the back joined by an 8MP ultrawide, 2MP macro, and 2MP depth modules.

Who wanted this? I wanted continuation of Z series.