The Moto G30's LCD is low-res but high refresh rate

The Moto G30 is equipped with a 6.5-inch LCD with a modest 720x1600px resolution, and its pixel density works out to 270ppi - standard-issue numbers for the budget. The one number that stands out a little is the refresh rate - the G30's display supports up to 90Hz, and that makes it one of few devices in the company's lineup to go above 60Hz, plus it's also the cheapest of them. 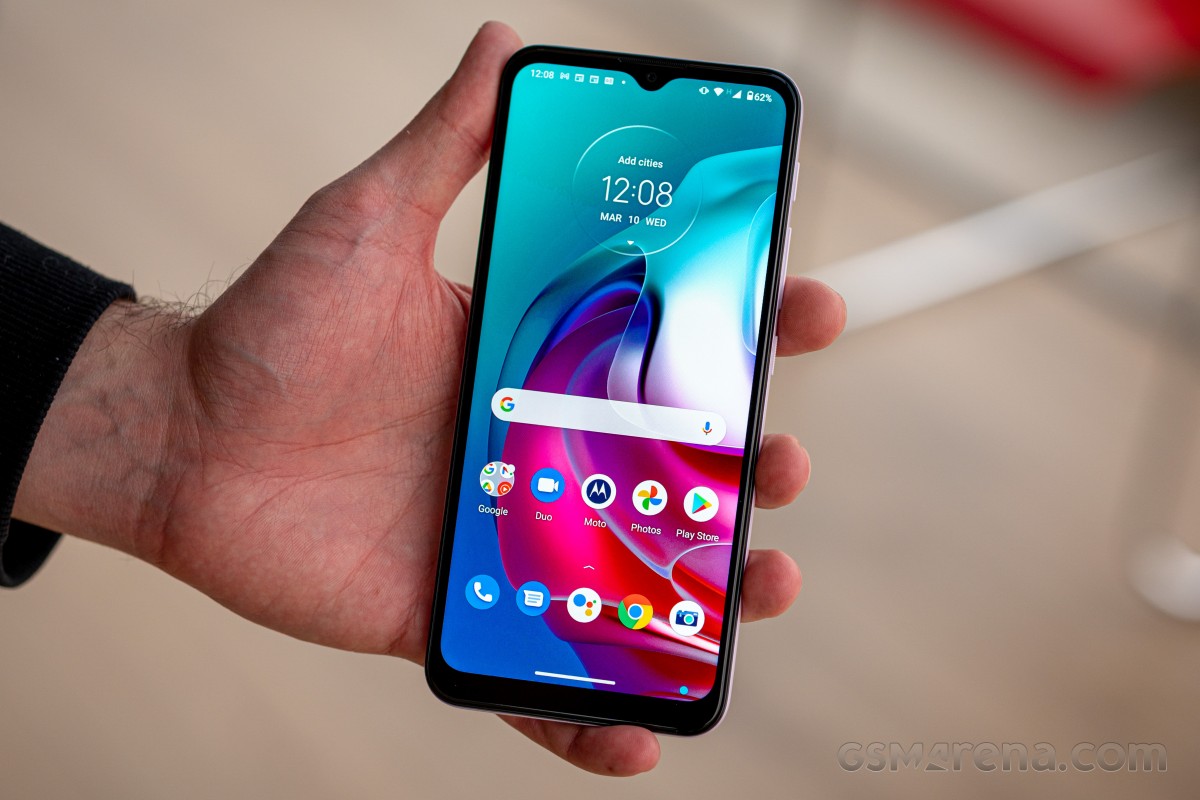 But before we get to how it goes about handling the refresh rate, let's get brightness and contrast out of the way. The Moto G30 posted a fairly unremarkable 403nits with adaptive brightness disabled, which got a little boost to 468nits with the feature turned on and the phone placed under direct light. That is, however, the ballpark of the results in the segment, with only the Poco X3 shining notably brighter.

What the Moto G30 is great at, on the other hand, is contrast - thanks to its deep blacks, the Moto G30 scores almost 2000:1 for contrast, higher than any non-OLED competitor. In fact, the lesser Moto G10 has excellent contrast too, even if it's slightly lower than the G30's.

As in many other areas, the Moto G30 adopts the AOSP approach to dealing with colors, with Natural, Boosted and Saturated modes at your disposal, Saturated being the default one. It's lacking wide color gamut coverage, so you can't expect faithful reproduction of DCI-P3 content, but Natural mode does get very close to accurate rendition of our sRGB test swatches. Still, we'd prefer the more vivid Saturated preset, despite its relatively cold white point.

The Moto G30 has three modes in its refresh rate menu - 60Hz, 90Hz and Auto. The first one will have you locked in 60Hz for all tasks, and that's what we'd expect of it. In 90Hz mode, you'd be getting 90Hz for pretty much every task, including video playback - not optimal behavior in terms of battery life, but one that's at least honest.

If you do want to optimize battery usage, the Auto mode will try and help with that by adjusting the refresh rate down to 60Hz as soon as you stop interacting with the phone - so you'd be getting 90Hz when you touch the screen and scroll around, but it will drop to 60Hz once you stop touching the screen.

Now, while that battery optimization sounds plausible in principle, we've previously seen that running LCDs in 90Hz rarely has any significant detrimental effect on battery life. That was our experience with the Moto G30. Hence, we'd just keep it at 90Hz all the time.

The Moto G30 relies on a 5,000mAh battery to make it through the day. Make it through the day it does, and then some. We measured 16 full hours in each of our screen-on tests, with the display set to 90Hz (so, effectively, 90Hz in both web browsing and video playback, all the time). We re-ran the tests in 60Hz as well and got essentially the same numbers, within the margin of error.

The phone then continued its strong performance with a 46-hour result in voice calls and recorded minimal standby draw. Ultimately, the Moto G30 posted an endurance rating of 131 hours. 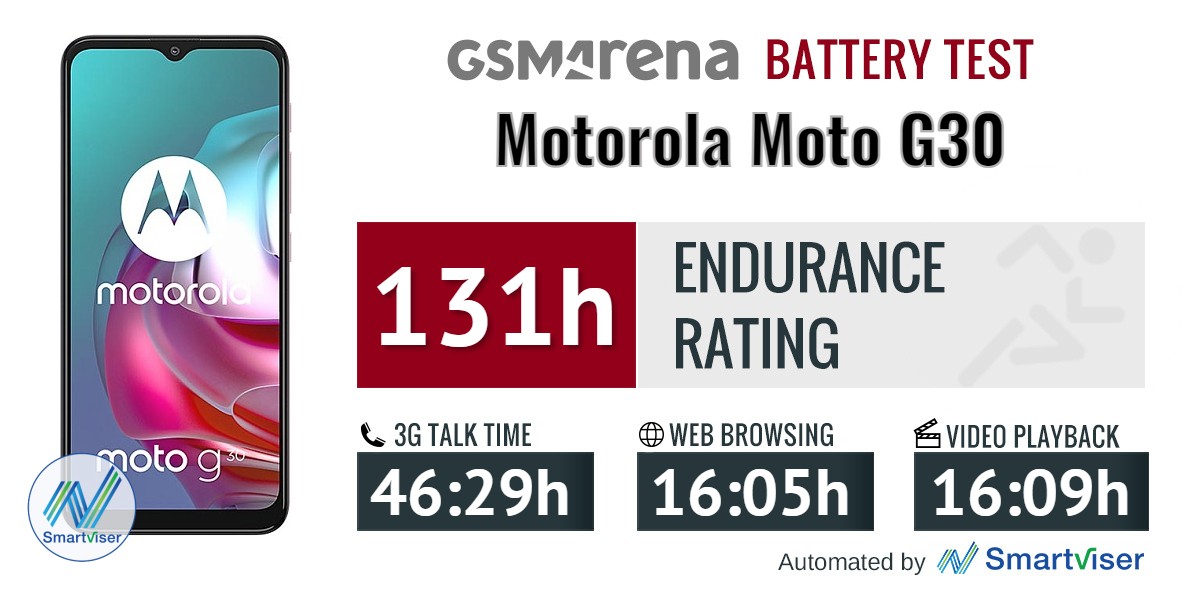 The Moto G30 ships with a 20W adapter that's rated at 5V/3A, 10V/2A, and 12V/1.67A. Our best efforts to find out what standard it supports indicate it is QuickCharge 3.0 compliant, mostly based on the SD662 chipset specification - in any case, the adapter's numbers are a bit unusual.

Regardless of standard, the Moto G30 charges from flat to full in two and a half hours. Starting from zero, you'd be looking at 32% half an hour into the process. These are hardly record-breaking numbers, but we'd call them acceptable for the class.

Unsurprisingly, the Moto G30 has a single speaker firing out the bottom of the device - stereo setups don't typically inhabit this price bracket. On the other hand, there were a couple of Moto G8s (Plus and Power) that did have stereo speakers, and the Power was priced in the G30 ballpark. Oh, well. The Moto G30 scored an 'Average' rating for loudness in our loudspeaker test, same as the G10 we had for review. Oddly, the two do sound a little different, with the G30 being ever so slightly more likeable with its more colorful vocals and highs. Low-frequency response is about the same between the two. Mind you, a Realme 7 or a Poco X3 (NFC or otherwise) will be louder, with the Poco also offering stereo speakers.

Can I change the design of network and Wi-Fi icons???

You can download Cube ACR from play store for that purpose.