After the international model last month, the Verizon variant of the Motorola Moto G4 Play has also started getting the Nougat update. The update arrives as version NPI26.48-38 and bumps the Android security patch to December level. 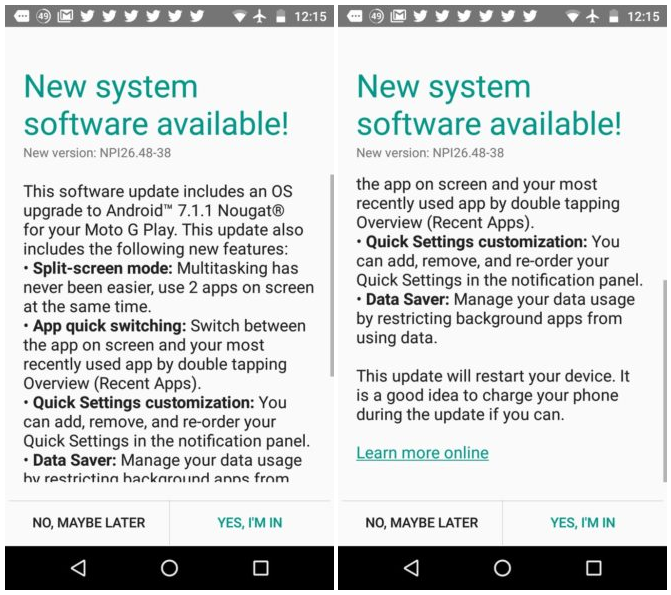 Aside from the usual Nougat goodies, the update - which weighs in at around 1GB - also includes fix for the KRACK vulnerability. If you haven't received the update notification yet, be patient, as OTA roll outs usually happen in phases.

And expecting Oreo for my Moto in my next life.

fast enough compare to galaxy s3 i9300 took so long despite double price g4play, hopefully service back to normal which ahead nexus update