Last week Motorola unveiled the Moto G82. Now the company has quietly launched a G71s in China, but a quick look at the specs shows that it is very nearly the same phone. We don’t know what brought on the name change, but we do know that it is a small upgrade over the original G71 from last year.

The AMOLED display of the Moto G71s grew to 6.6”, up from 6.4” on the original. Also, the new panel offers 120Hz refresh rate (up from 60Hz) while keeping the FHD+ resolution. The display has 100% coverage of the DCI-P3 and NTSC color spaces and DC dimming. Entertainment is also backed by stereo speakers with Dolby Atmos support. 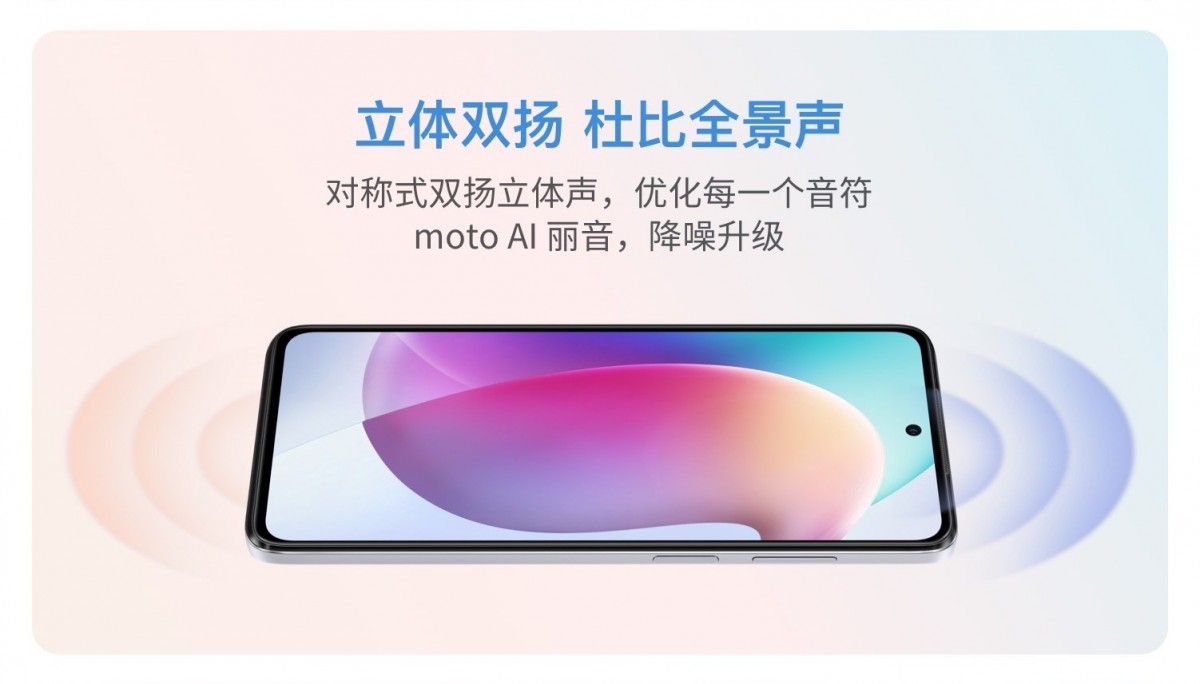 Other than that, the phone runs on the old hardware – the G71s is still powered by the Snapdragon 695 chipset. This one starts at 8GB of RAM, skipping the lower capacity options, and 128GB storage. The phone launches with Android 12 out of the box (with My UX 3.0).

Despite the larger display, the battery capacity is the same at 5,000mAh and so is the charging speed at 33W. All but the camera bump fits in a package that is a hair under 8mm thick. 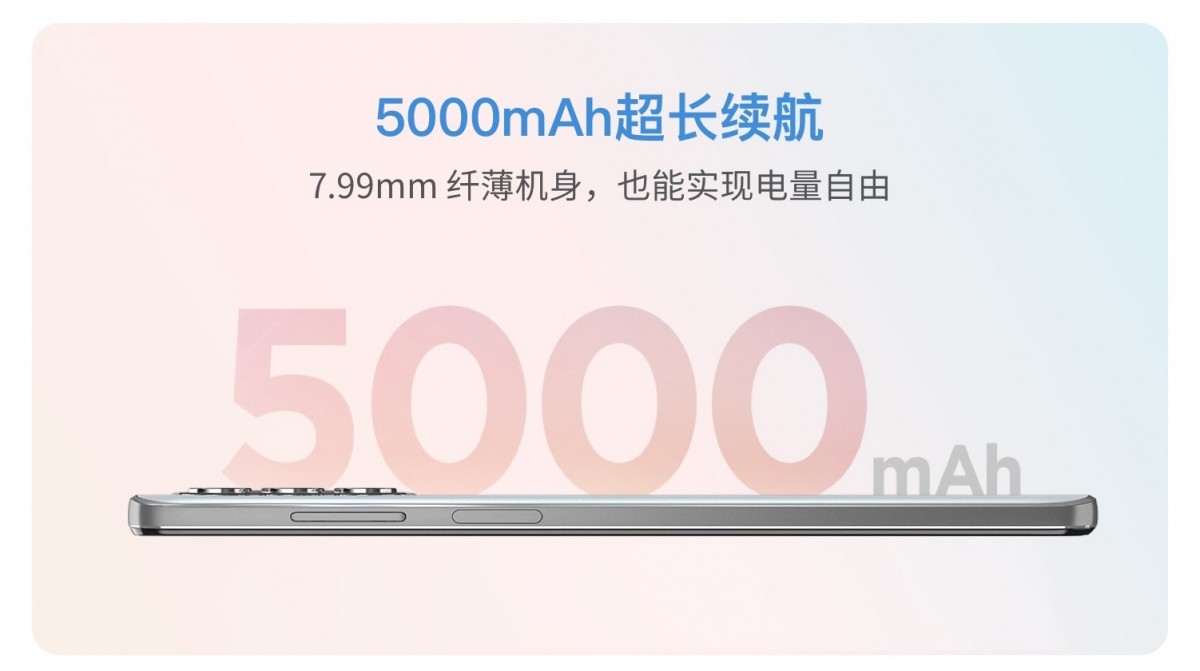 The cameras on the rear are the same, starting with the 50MP main module, which boasts OIS and a sensor that with 4-in-1 pixel binning (for 1.28µm pixels). Next to it is the 8MP ultra wide-angle (121°) camera and a 2MP macro cam. The 16MP selfie camera on the front has an impressively wide 105° lens. Motorola sees this as a phone for vlogging, so it can shoot videos using the front and back cameras. 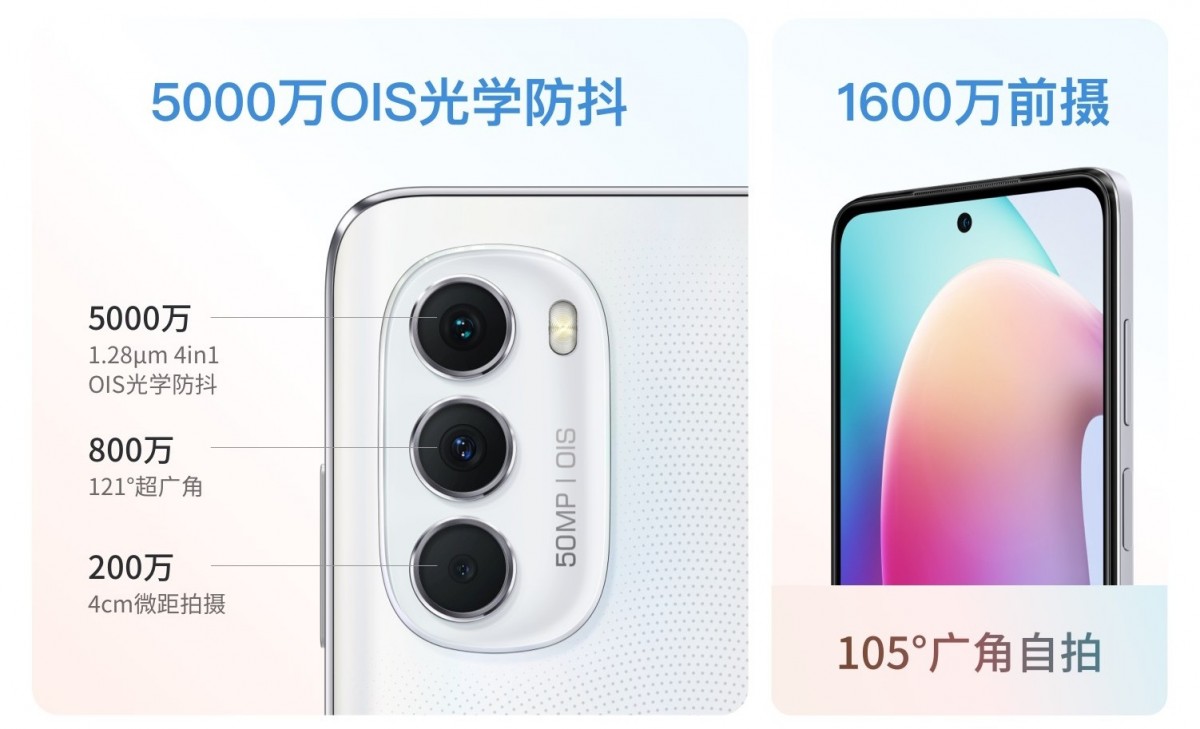 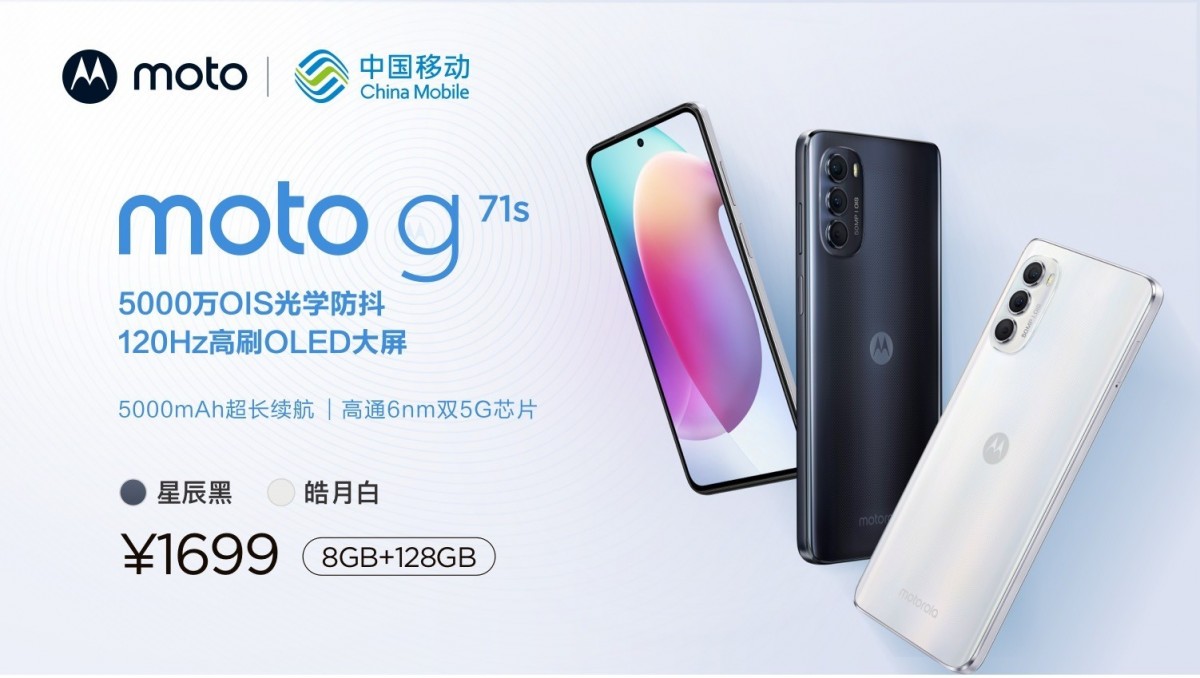 As usual, Moto. will release things that can't, for god knows how long, be found at www.motorola.com right away (as is the case with this right now).