The single most remarkable thing about the Moto G72's physical properties is how light it is. At just 166g, it's one of the more pocketable handsets you can get, and that's despite it actually being a 'full-size' 6.6-inch device with a 5,000mAh battery inside. 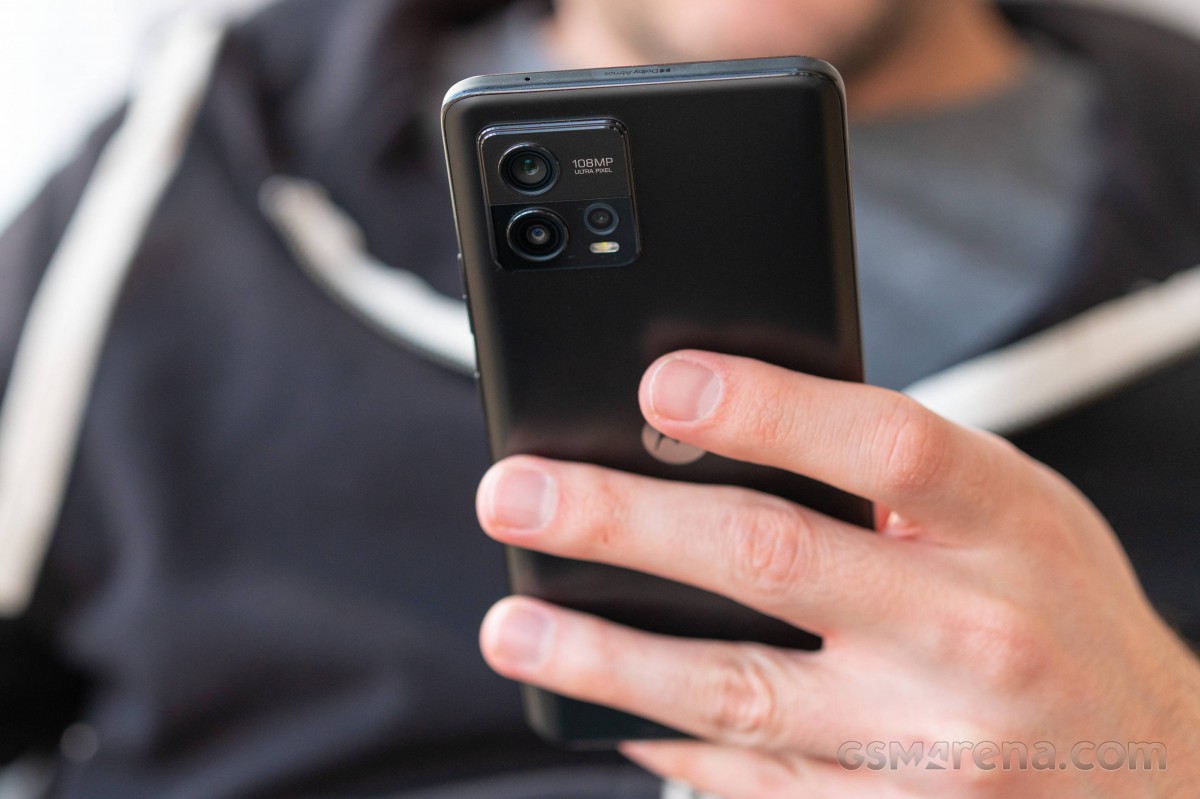 Sure, the dimensions reflect the size of those components, and both the footprint and the thickness are more or less 'standard' for the class. But the curved rear edges mask the thickness very well (not that at 7.9mm it's all that thick to begin with), while the discrepancy between the low weight and what's essentially 'average' size makes the G72 feel even lighter. 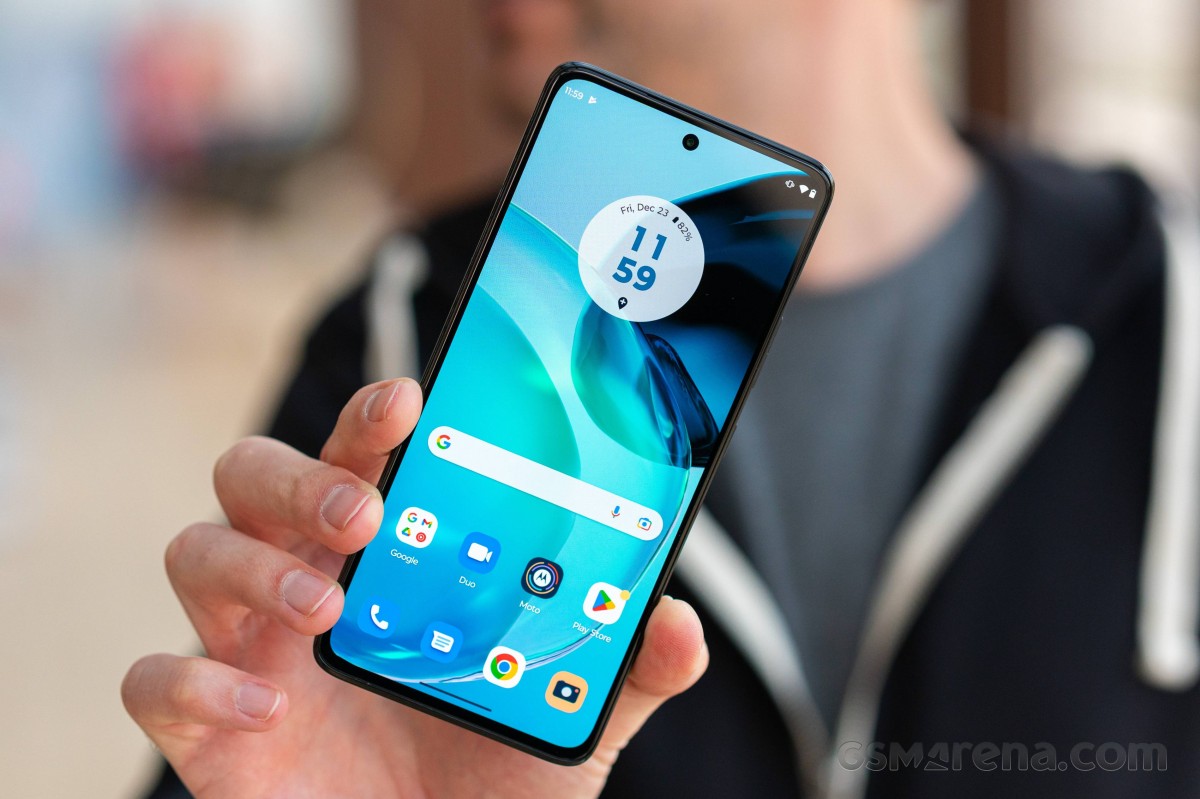 It's no magic how they've pulled it off, of course. The Moto G72 relies heavily on plastic for its build, so you won't be touching 'premium' materials - both the rear panel and the frame is plastic. While that doesn't sound posh, it should be durable, and it keeps weight down.

Motorola likes to label most of its phones as splash-resistant, and so is the Moto G72. There's a formal IP52 rating in the spec sheet, so there is some standardization behind those words. 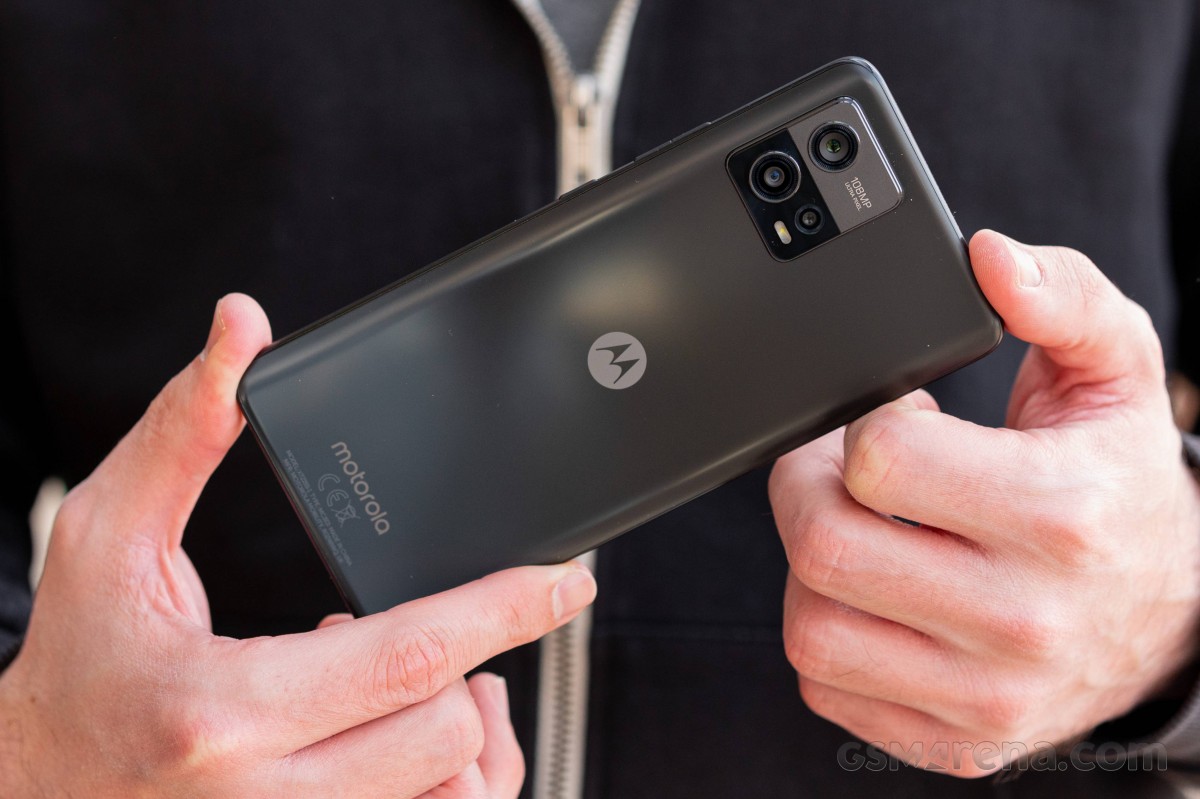 Our review unit is the Meteorite Gray colorway, and it starts off as black, but it will show all sorts of gray hues depending on how light hits it. The more widely available alternative is called Polar Blue and has a similar color-changing effect but in the bluish-green part of the color spectrum. Also in existence is a Mineral White option, but that's only found in some regions. 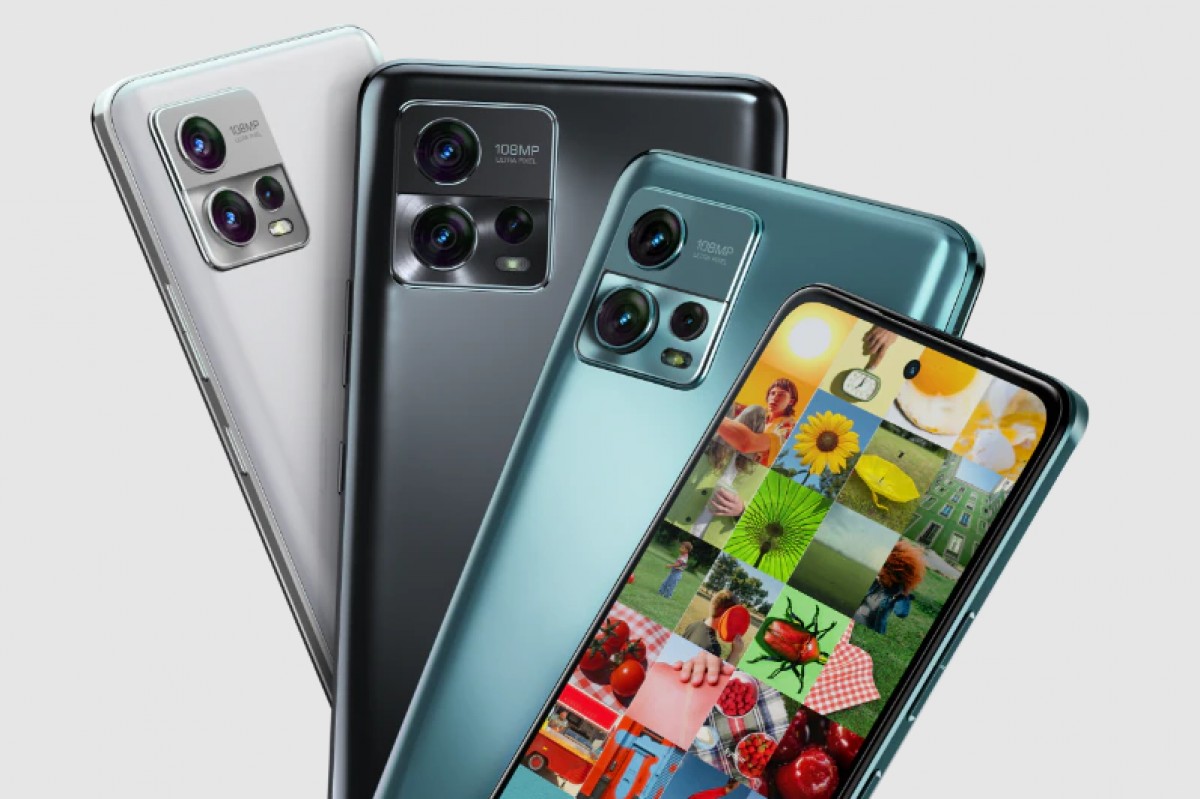 The frosted finish of our review unit does tend to pick up some smudges and is also more slippery than most - not a great combo. You could use the included case, which will provide an extra layer of protection and better grip, but it does take away from the G72's slimness and lightness appeal. There's also the matter that it gives button pressing a particularly spongy sensation - the buttons are decently clicky on their own, but not so with the case. 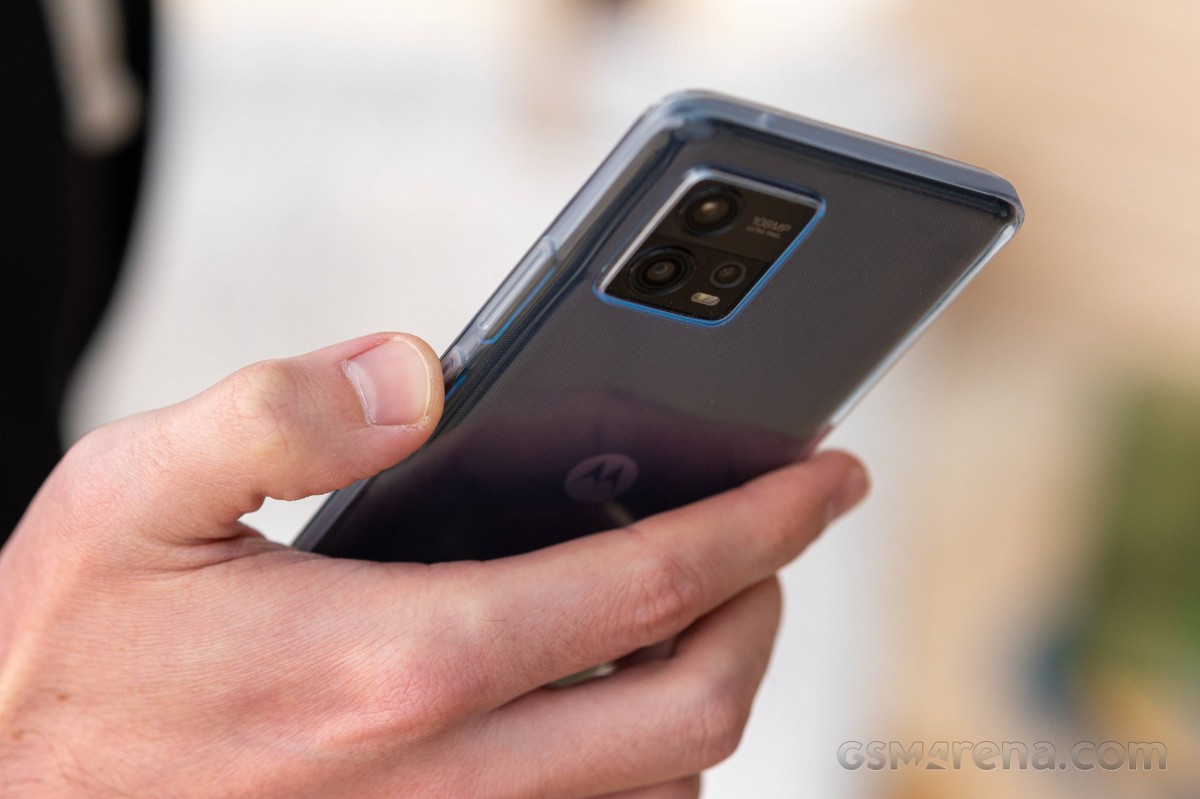 The buttons themselves are located on the right, volume rocker above the power button. Their placement leaves little to be desired - they're easy to reach with either hand.

We could complain a little about the G72's fingerprint reader placement - the optical underdisplay sensor is a bit too low for our liking, but since the phone is so light, operating it doesn't go as far as posing a threat to the phone's life. As for the actual recognition procedure, we found it to be uneventful - it does the job, no issues. 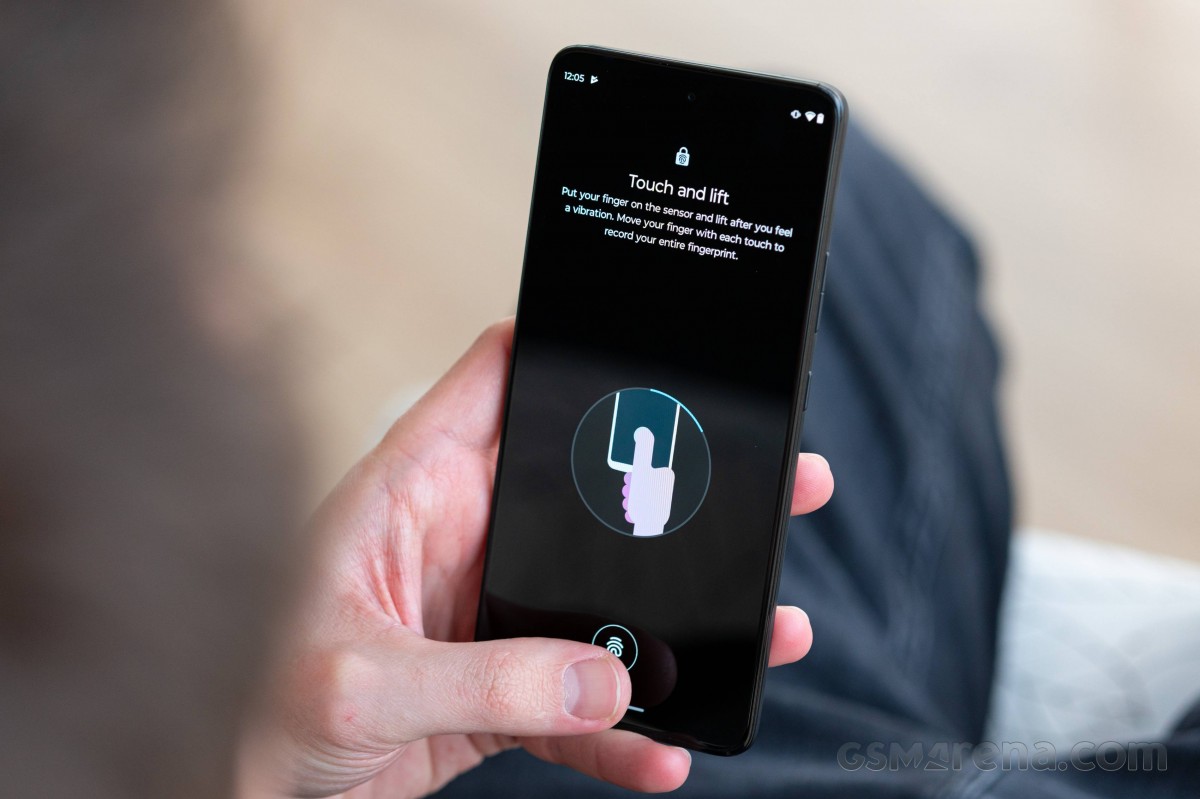 It's worth pointing out that the supposedly more upmarket Moto G82 has a side-mounted capacitive fingerprint sensor, while the more affordable G72 gets an unerdisplay one. You could be one of those people who prefer the old-school solution, and that's okay, but we appreciate the G72's more contemporary approach. 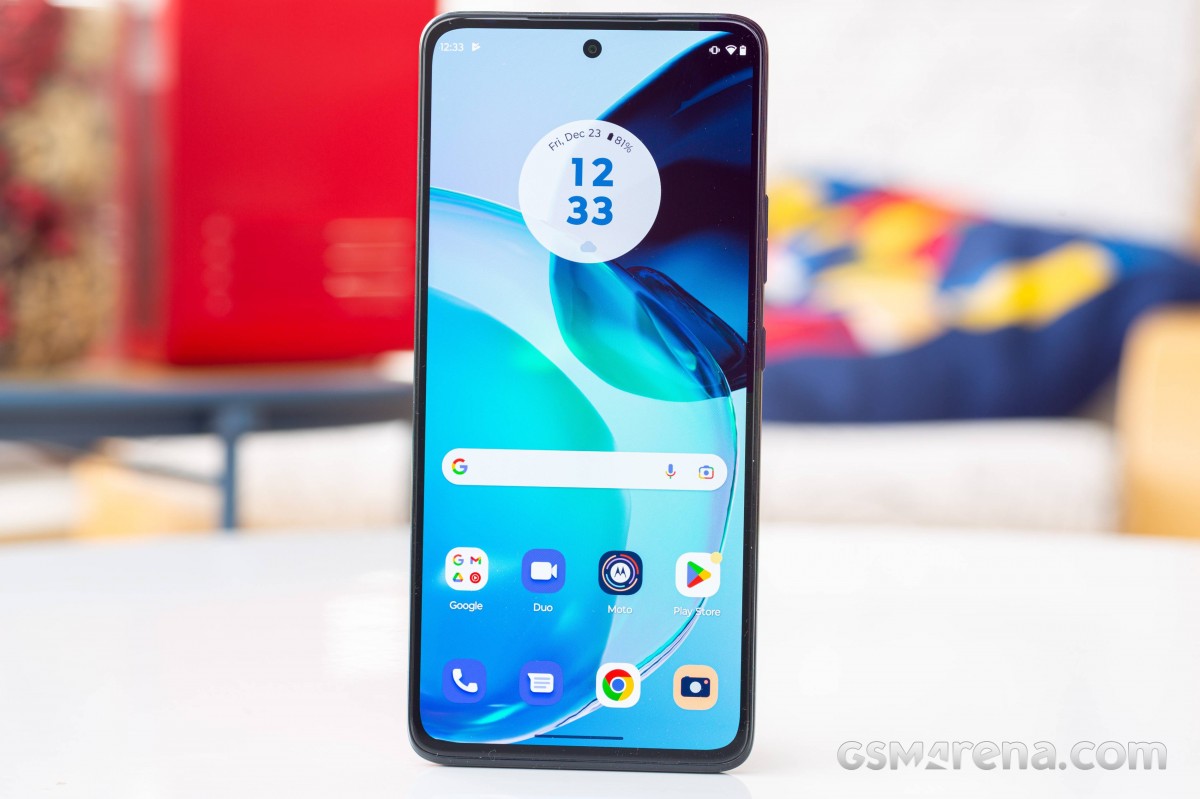 The tour of the periphery does hold some throwbacks to the olden days - in a good way, we'd say. You get a headphone jack on the bottom, while the card tray on the left will let you trade the second SIM for a microSD card. 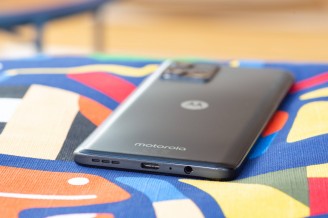 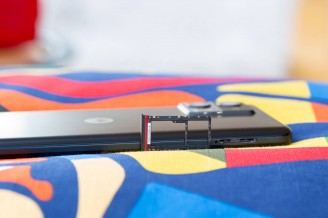 The G72's OLED display takes up most of the front of the handset - bezels are about what you can expect from a modern smartphone, mid-tier as it may be. Another 'standard' feature is the selfie camera punch-hole - we're way past making a big deal out of those.

We'd have appreciated knowing what type of protective glass covers the front, but Motorola's specs remain mum on the subject. 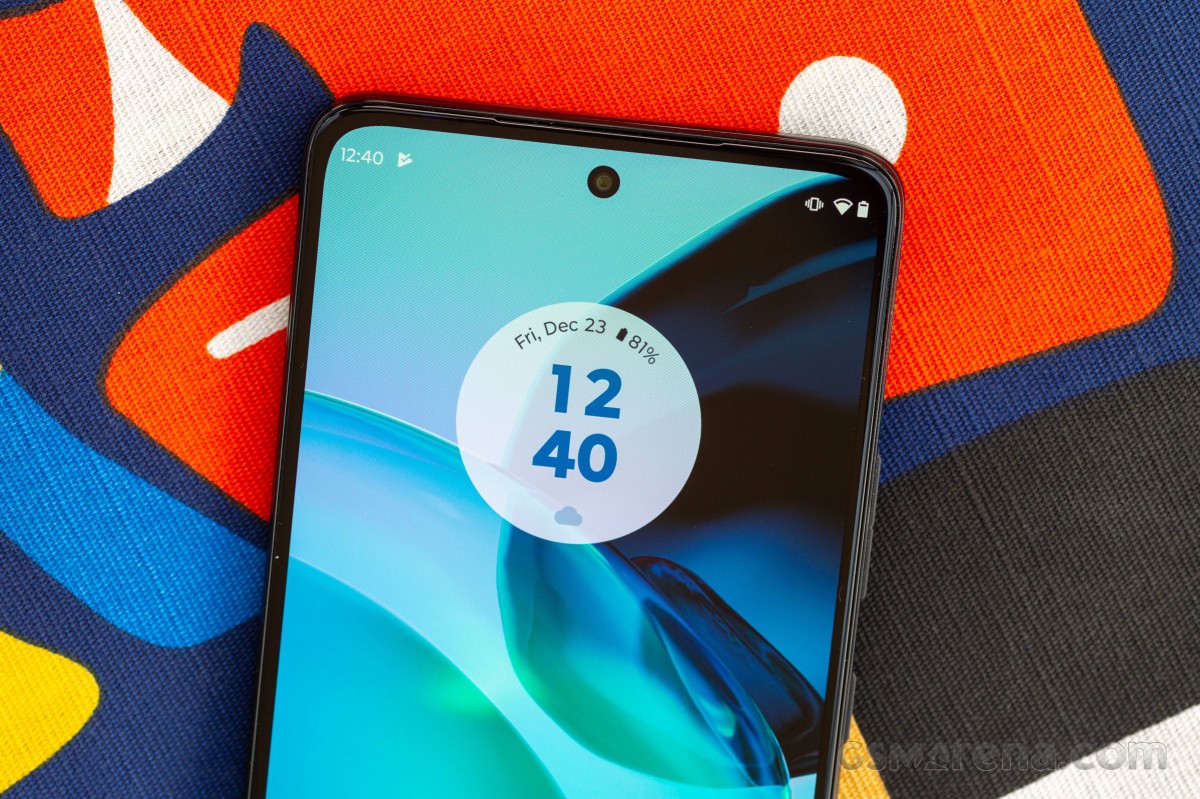 Overall, the Moto G72 is hardly an impressive-looking phone - middle-of-the-road describes its design better. It's anything but ugly, though, and, most importantly, it's got an air of compactness going for it. 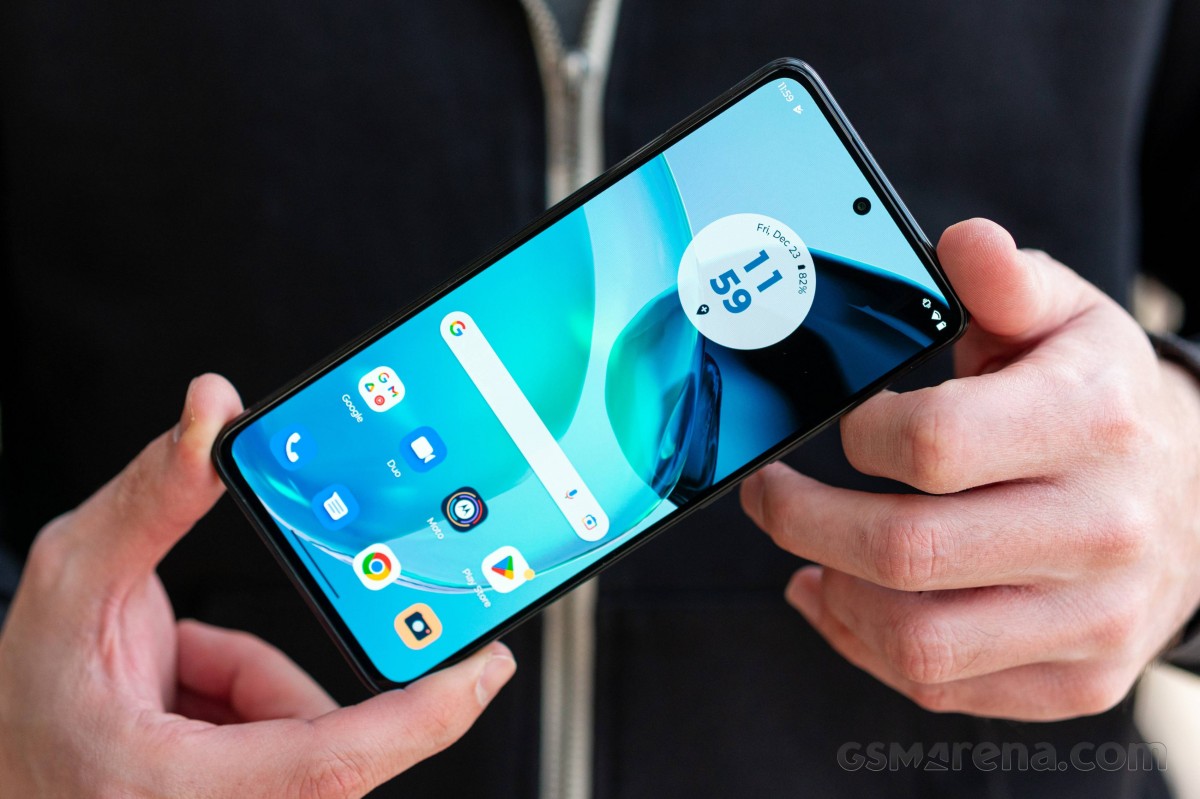 Can these things start coming in with earphones now, is it too much to ask

As usual with these reviews, no mention of software support. Motorola being notoriously bad...