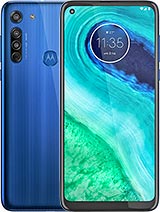 I bought G8 for my … for bargain price of just 90 € on Black Friday here in Serbia! Fantastic purchase! It was discounted at 3 major retailers and was quickly sold out. It was the best BF mobile phone offer by far!
There is almost 50GB of free internal memory.
For some unknown reason (as already stated), display is HDR10 certified. Display has obvious blue tint (too cool white balance) but you can fix that easily like in every other Motorola – Night Light mode controls white balance.
There is only one bloat app – Facebook. For some reason (probably partnered), Motorola is pushing Facebook app in Android 10 at least here in Southeast Europe.
There are regular security updates every two months (which are guaranteed for 2 years), and G8 will officially get Android 11.
If you need BT, G8 like all other Motorolas supports everything: SBC, AAC, aptX, aptX HD, LDAC, aptX Adaptive, aptX TWS+.
Google Camera fully works and photos are obviously better than taken on stock Moto Camera app. The big/main difference is in high contrast, low or artificial light.
Battery autonomy is pretty good – easily 10 hours of screen of time of medium usage.
For ~100 € this phone is a no brainer!

i pop shade launcher on, and now i get text alert at top on glance cool feature . easy launcher

The most affordable mid range phone.

This is a great budget phone. Feels light and premium in the hand. Snappy and does everything I need it to. Great buy and very happy with it. If you're on the fence about buying, I say go for it!

i know they still had to make it cheap but... worse screen and slower charging compared to previous year's G7. WHY?!

P.S. I am using a Moto E5 Plus now, its still working like a London Big Ben.

Anonymous, 23 Jul 2020I have this device. Its ok but the screen ia rubbish.Device is good but yeah, screen its crap. my old j7 had a much better screen

B20 band is missing from listing even it really has it, according to Motorolas site.

I have this device. Its ok but the screen ia rubbish.

Anonymous, 09 Jul 2020No it doesn´t. Still a great phone thoughProof (I split the screen, so you can see, it's really a Moto G8): https://i.imgur.com/LIJDYFj.png
https://i.imgur.com/8IxdxF7.png
Here's a link to the imgur gallery, but it may not work on mobile: https://imgur.com/gallery/nGX9O8P

Anonymous, 09 Jul 2020No it doesn´t. Still a great phone thoughI'll show you proof, when I get to my grandparents.

the bundled charger only supports 10W but you can buy a Qualcomm quick charger 3.0 and it will support Turbo charge 15W.

Phoenixy, 12 Jun 2020This phone supports HDR10. Bought one for my grandparents,... moreNo it doesn´t. Still a great phone though

My choice the phone

This phone supports HDR10.
Bought one for my grandparents, it was discounted to 150 EUR. Amazing price/value.
No compass though.