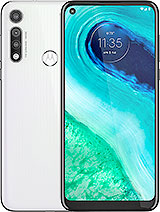 Anonymous, 26 Aug 2020The Moto G Fast is better in my opinion. If you live in Ame... moreExactly. You know it has hdr10 display right? Watching YouTube using the hdr and looks great.

Anonymous, 26 Aug 2020The Moto G Fast is better in my opinion. If you live in Ame... moreExactly. You know it has hdr10 display right? Watching YouTube using the hdr and looks great.

You guys are judging a book by its cover without knowing what's under the hood besides ya complaining about sd 665 and 3gb. I think this phone deserve the money especially for 89.99 on boost mobile. Why? Because It sports a 3gb LDDR4XL ram not found on some budget phones. Supports hdr10 not found on alot of budget phone. Dual wifi, BT 5.0 and has android 10 and works and runs flawless. Ived had a tons of phones and I'm very impressed what this phone can do and has. I'm using it for xcloud and geforce now and works great no connectivity issues nada. The display is hd but looks cleared to be hd more like fhd. The volume is louder than my note 8 pro and wifi speeds are incredible. Don't listen to some bad reviews because they don't know squad

Kolya, 17 Aug 2020Nokia 5.3 or Motorola G Fast? Thanks in advanceThe Moto G Fast is better in my opinion. If you live in America, you can get it for $90 on Boost Mobile, and that's an amazing deal, considering that most phones at this price use a Helio P22 or P35, and they don't have 4k video recording.

Nokia 5.3 or Motorola G Fast?
Thanks in advance

Lu, 25 Jul 2020seriously?? making another trash every week instead of taki... moreBased on the benchmarks for this phone it is almost if not as fast as the Samsung Galaxy s8, just listen to the facts... and maybe the Galaxy s8 is 2 years old but it was one fastest phones at that time

seriously?? making another trash every week instead of taking care their loyalist by giving a good costumer service and an on time Updates ? Why not just 3 or 4 phones to represent each class? budget, power, mid range, and flagship . Is this really a Chinese plastic sales strategy ???

Make it black or blue and i will buy it

Love motorola but gotta admit:
1.) This phone is... it's special. Probably one of the least sold motorola's because it's specs should have been on an E series phone at half the price
2.) Motorola got a fondness for the sd665. Whyyymotorola

WTF? this shiii is going to run awful after a year

Given the nickname i assume even a retired turtle is a lot faster.
Given the price and specs i asume only fast is the speed of fools which would and should buy this thing.

I didn't know Fast was possible with SD 660.

Around 10k+ pesos (converted from US to PHP) at 32GB storage, what?

Dennis.K, 08 Jun 2020Let alone that, BETTER PHONES with this chip at this priceSorry don't mind this my dumbass thought I was in the Moto Fusion+ comment section