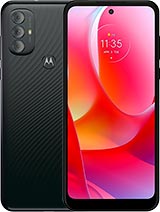 Harry, 19 Dec 2021Currently have the G7 Power and have been looking to get a ... moreBlu G90 Pro or Blu G91 Pro IMO. Both really solid all around for the money.

(Repost for reply, sorry. Dunno how to delete the first.)

Harry, 19 Dec 2021Currently have the G7 Power and have been looking to get a ... moreYou do know your phone can use a sd card reader. So storage can be expanded. Maybe other reasons to upgrade

Currently have the G7 Power and have been looking to get a replacement, I'm in the states so no Xiaomi. Which budget phone would you guys go with that is an actual upgrade (the 32gb of storage on my phone is getting slimmer by the day)

They've started to make a really good impression with the GX1 series, but what's this? Even worse than the last years' model, not to mention that the original Moto G Power is still the best from that lineup (Moto G Power series).

Not much better than last years, has a punch hole display but bigger chin no stereo speakers. The Moto G Power 2020 was a good phone these last two haven't been better than the 2020 version.

Looks like cheap quality phone.For poor market 180 euro is too much for compass and water repellent included

Can anyone tell me if this phone can be charged with a wireless charger platform? I currently have a Motorola Moto G Fast and I love it but I'm ready to upgrade to newer Motorola!!

Moto Fanboy, 14 Nov 2021People don't buy this phone for gaming or to win photo... moreNow I get ur name. But if u need a basic phone even a 100$ phone that is way cheaper does the job. Or for this price u can get a phone that is way better. So all of your reasons to try and defend this junk are invalid. Case closed in 5 lines no need for more lines.

Moto Fanboy, 14 Nov 2021Let's not knock this phone. It's a budget phone t... morePeople don't buy this phone for gaming or to win photo competitions. It's a budget phone that does what most people need it to do namely phone, text, social media, Instagram, navigation and basic apps. If you want gaming, better photos, build quality, 5G then you'll have to shell out more to upgrade to iphone and Samsung. But for a vast majority of folks who are not smartphone enthusiasts and don't poke at their phone every waking moment this is a great phone. It even now has 90 Hz refresh. Plus the Helio G37 sips power like a Toyota Prius. Rated at TDP of 5W vs Snapdragon 662's 9W so it's about 1/3 less power consumption and combined with 720p screen it should break benchmark records. And don't knock the 720p screen. Unless you stare at the screen an inch away and pixel peep I don't even notice on my dinosaur G7 Power which is 720p. Keep in mind this is not an enthusiasts phone which means it's designed with low price in mind for customers who don't read phone specs or post comments on this forum.

Moto Fanboy, 14 Nov 2021Let's not knock this phone. It's a budget phone t... morePeople don't buy this for heavy gaming but it's a reliable daily driver that handles basic tasks... Facebook, Instagram, Tilk Tok, Uber, etc. If you want more power for gaming or better cameras or 5G or better build quality you'll have to shell out more to upgrade to iPhone or Samsung. But this phone now has fast 90 Hz refresh. Also the Helio G37 chipset sips much less power than the Snapdragon (maybe ⅓ less) so combined with 720p display it should set new longevity records. Bottom line is it's a great budget that will last a long time. I just wish Moto would provide 2 Android updates instead of one. But for the price you can't go wrong.