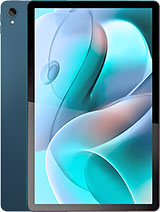 Patreschz, 25 Mar 2022As of the time of this writing, the most powerful tab in th... moreSorry honor tablet v7 series was more powerful.

As of the time of this writing, the most powerful tab in the mid range section. And as a bonus, it barely has any bloat and what little bloat it came with, you can uninstall it safely.
Been using for about a month now and I got nothing to complain about.

Except for one thing, but this is more of a general Android problem. Would have preferred it if this came with Android 10 instead of 11. The Scoped Storage permission of Android 11 is just one of the worst things ever and really limits what you can do with a memory card.

Can you connect this to a monitor?

Wow most powerful tablet ever made
by
Motorola :D

Jimmy Potter, 27 Jan 2022Guys, I am getting this at 240 Euro in India under some dis... moreYes it is good. Bigger display, large battery, headphone jack, good processor. But if you wait you can get the wifi only version for less price

the stettiner, 26 Jan 2022and 212 ppi density.way south of 300 ppi retina which shoul... moreIt's 264 ppi on their tablets. Once you get away from apple, it is likely that you won't know the difference.

the stettiner, 26 Jan 2022and 212 ppi density.way south of 300 ppi retina which shoul... moreMan !! Where are you from and how ignorant are you about tech industry !!!
Even Samsung's flagship Tablet doesn't have 300PPI display. And the company which actually made the retina word famous don't have 300PPI display in their flagship tablet.

faheemGSMARENA, 15 Jan 2022Totally agree! And all for that 380 euro? Motorola could ha... moreGuys, I am getting this at 240 Euro in India under some discount (no exchange). Do you think it is worth it?
My point of view was that I want a decent processor (nothing older than Cortex A76). Cortex A77/78 is obviously better, but all those tables are more than 400 Euros in India.

and 212 ppi density.way south of 300 ppi retina which should be the minimum in todays modern tech displays.

And that Mediatek processor?

Does it support magnetic pen 🖊️

Anonymossy, 13 Jan 2022> Price: About 380 EUR ...yeah, I have a feeling this... moreI really don't hope so. My Samsung Galaxy was released for €30 more 3 years ago and similar specced. Bought that for €322. Kinda sucks if this is gonna be the price, considering that you paid around the same for the same specs 3 years ago....

carelessfello, 15 Jan 2022No need of cellular connective in a tablet in today's ... moreTotally agree! And all for that 380 euro? Motorola could have done alot better at this price range! The last g90t phone i saw was realme 6 i guess. And it is 150 euro less for this! The same panel at 11 inch must not cost more theb double rates of ips panel at 6 to 6.5 inch range! Motorola should review their prices! We are not fool to go for 380 euro Android tablet! At this range we can go for 64 gb ipad 10.2! for just a little more! IpadOS is by far the most stable software in tablet usage! Motorola could have done better!

AlexHimself, 14 Jan 2022You are MOTOROLA. You invented the mobile phone. You can... moreHonestly, for the majority of people it's negligible, unless if you only have a tablet. People can just use their phones as hotspot, or bring a pocket Wi-Fi machine.

AlexHimself, 14 Jan 2022You are MOTOROLA. You invented the mobile phone. You can... moreNo need of cellular connective in a tablet in today's era.
Wireless tablets are what you don't always carry and whenever you carry or use them either at home or outside you always have your mobile phone along with you which already has a data connection. You can always share your mobile data with your tablet. It will save you additional cost of carrying another cellular connection and the tablet with only wireless connectivity are much cheaper than those with cellular connectivity.