Have it your way

The new Moto X arrived exactly a year after its predecessor brought us customizable looks, wrapped in a sleek body, proudly wearing the "Made in USA" label. The new flagship of the company is likely one of the last Motorola products developed during Google's reign of the company - the storied American brand is bound to soon become part of Lenovo. 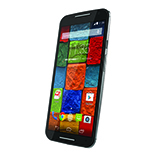 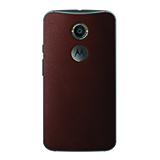 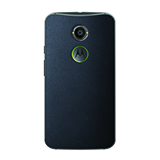 Like the first generation Moto X, the successor boasts a customizable body. This year, the manufacturer has brought even more personalization possibilities to the table, headed by high quality, genuine Horween leather back options.

The Qualcomm Snapdragon 801 SoC found inside the Moto X is the default option in this year's class of high-end Android smartphones. The device's 5.2" 1080p AMOLED display and the 13MP camera with UHD video recording are also ready to take on the competition.

As always, here goes the full list of features the new Moto X has to offer, followed by some of its shortcomings.

At a quick glance, the Moto X (2014) specs are up speed with most of its peers. Unlike its predecessor, which banked heavily on attractive looks and superior handling to cover up its hardware shortcomings, the new Moto X offers chipset, display, and camera worthy of a 2014 Android flagship.

Still, with trademark features such as QHD screen or Snapdragon 805 chipset not making the list, the Moto X will once agin be defined by its appearance and build quality. The new model elevates both to proportions unseen before in this price range. The all-new metal frame combined with the optional leather or wood back covers makes the device a highly desirable object from the get go.

Memory expansion slot would have surely been a welcome sight, but, once again, the feature didn't make it and unfortunately, neither did the 64GB built-in memory version. Another major question mark is the battery life of the new Moto X - the non-removable 2,300mAh unit is simply not on par with what's featured in today' Android flagships.

Hit the next page for a closer look at the latest Motorola flagship. As always, we'll kick our review off with an unboxing of the Moto X, followed by design and hardware inspection.

Is the smartphone waterproof? Can we root it and get root permission on apps?

Best phone I ever had