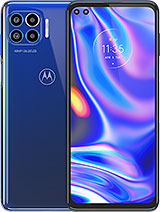 I've had this phone for about a yr and a half, I love it even though I've had issues ever since i bought it. I guess the only issue I've ever had is the microphone not working, I dont know if this is a regular problem I've heard it was an issue with these phones. People hear their echo when they talk to me or they can't hear me. sending multimedia messages it takes a while to sent. But battery, memory, and just the phone functions are good for me. so I would give this phone a 4 rating out of 5 only because of the microphones.

Brandon salveson , 22 Jul 2022I agree this phone is absolute garbage it crashes every sin... moreHell yea i got one now UW and its giving me problems it keeps cutting off even if my battery is real good im finna try and replace the battery this week coming up and restart the whole phone and if that dont work im getting a new phone

I agree this phone is absolute garbage it crashes every single app you have all the time every download all the time and for the record a lot of people buys gaming phones you have to if you want to play some of the newer games.

This phone is just the worst anybody who buys this deserves to suffer the way we do lol.
There's a billion reasons how to fix it and none of them work lol

This phone is by far the worst phone I have EVER owned do not buy this piece of garbage. First one a I got was defective after a month of use had to send that one back and get a new one then the new one after two months becomes super slow unresponsive at times jus stays on a screen after trying to swipe when I plug it I to the charger it becomes unresponsive for about a minute phone is absolute dogshit

marmot, 19 Dec 2021No, it's OS and design issue. 4GB RAM is not enough... moreWho the hell buys a phone for gaming? 4gb is good bro idk what you talking about. If ram was your issue if the first place why you even get it? 4gb ram is best place for a mid rage device and for multitask and for price.

brent2, 14 Mar 2022phone is junk, avoid if you can. 5g is a joke drop call... moreYeah you probably have a faulty device or simple, your just a fake reviewer not owning the device.

Don, 12 Jun 2022Is this a good phone some people were saying it's a pe... moreIs totally B.S those are people that want to see high end phone results in a mid range phone. Its great when i had it. I just get new phones every now and then i don't stick with them for a full month.

Motorola one 5G, 22 Dec 2020I just bout this phone directly from motorola at the sale p... moreIs this a good phone some people were saying it's a peace of junk did it run hot with u

This is better than my last iPhone very fast. I stay on it all day long on same battery charge. I love it.

phone is junk, avoid if you can.

5g is a joke
drop calls
randomly vibrates if set to to vibrate
texts refuse to send.
out of memory sending simple pic

Sixx, 26 Oct 2021Sounds like an end user problem, not a hardware issue.No, it's OS and design issue.

4GB RAM is not enough for RAM hungry Android 10; especially when it refuses to manage memory effectively.

Seen Pokemon Go + CastBox + Transit app push HuaWei to 5.2GB of the 5.6Gb available during an hour of Pokemon raids. 4GB base isn't enough for a 2020 phone.

So far, this has been my favorite phone I've ever had. The batter is starting to not last as long after only a year, and it's starting to slow down, but the screen is surprisingly durable and it runs everything I've tried flawlessly.

Anonymous, 30 Aug 2021So far this phone is an utter piece of garbage, every app t... moreSounds like an end user problem, not a hardware issue.

Nice phone , fast enough for me
Battery could last a bit longer
Wireless charging would be a plus

So far this phone is an utter piece of garbage, every app that I run on it crashes if I am switching between apps and even just randomly while I'm using them.

My moto is a champ. This bastard has fast 5g way past my data limit. It downloads and charged in a snap, and camera is the best I've ever had.... I'm really very impressed with it. Feels good in your hand too especially with one of the thicker cases.

Anonymous, 15 May 2021I think the Motorola one is a piece of junk been with this ... moreMy Motorola One has goes turbo charge. I used an old charger. I still haven't used the new charger. Great phone!