The Motorola One Action is going official tomorrow, August 16.

Motorola Brazil posted a video on August 13 with the caption "In 3 days, everything you know about filming and shooting using cell phones will change." The clip also says "Capture Action", giving a subtle hint that the Lenovo subsidiary will unveil the One Action tomorrow.

This speculation is further corroborated by industry tipster Roland Quandt who shared a promo material of the One Action with Portuguese text which translates to "First Action Camera Ultra-Wide". 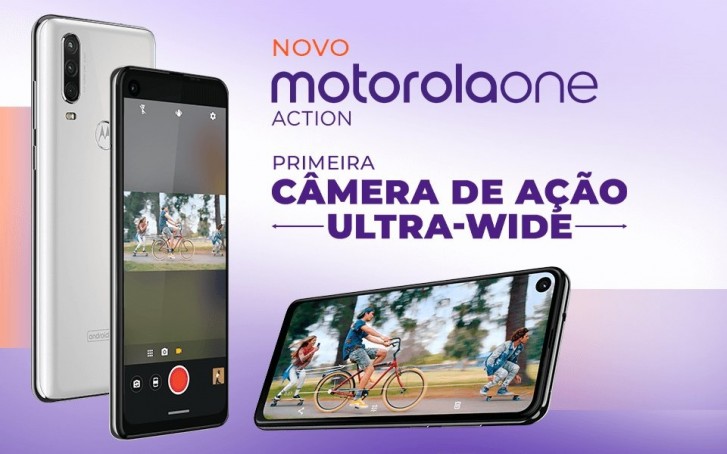 Motorola hasn't revealed any details about the One Action yet, but from previously leaked specs we know that it's actually the One Vision having a plastic body, a 12MP selfie shooter, and an extra camera at the back.

The triple camera setup on the One Action is said to be a combination of 12MP main, 16MP ultra-wide, and 5MP depth sensor modules. The 16MP camera will have an FOV of 117-degrees and will be called "Action Cam".

We will know all about the One Action's specs, pricing, and availability tomorrow - make sure you stick around.

Motorola One Action rumored to launch in India on August 23

It's a decent phone. What's so deep about your name?

If by first Ultra wide action camera they mean, super stabilization, they are not the first on that.

What is the all hype is about? This is nothing more than a another failed device from Motorola,