The Motorola One Hyper just went official and it claimed many “firsts” for a Moto phone – more than you would expect from a mid-range device. This is the first time Motorola has built a phone with a pop-up camera. The 32MP sensor (0.8µm pixels, 1.6µm with pixel binning) also makes this the highest resolution selfie cam on a Moto phone. 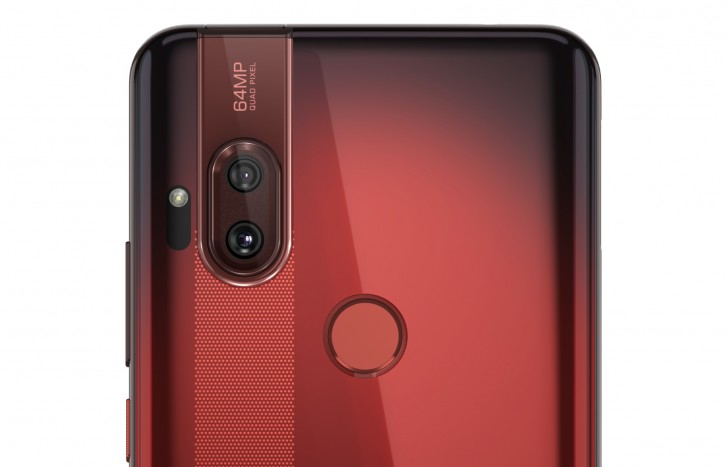 Similarly, the 64MP sensor inside the main camera on the back tops any that came before it. It’s a large 1/1.7” sensor with 0.8µm pixels and an f/1.9 aperture. It’s backed by a Laser autofocus system.

The Quad Bayer filters on both the rear and the selfie cameras enable Motorola’s Night Vision feature for low-light shots. Here it is in action:

The Motorola One Hyper features a 6.5” Total Vision display with 1080p+ resolution and a 19:9 aspect ratio. It’s an IPS LCD, which pushes the fingerprint reader on the back (which doubles as a notification light).

This is the first device with “Hyper Charging” - Motorola’s take on 45W wired charging (the fastest by the company yet by a large margin). In 10 minutes it can load in 12 hours worth of battery life. Unfortunately, the charger is sold separately - you get a standard 15W charger in the box. Anyway, the battery has a 4,000mAh capacity.

The phone is powered by the Snapdragon 675 chipset, which was used in other recent models including the Moto Z4 and Zoom. It’s paired with a modest 4GB of RAM and 128GB built-in storage (114GB of which are user available). The phone runs Android 10 out of the box and sports the well-liked Moto Actions.

You can expand that with a microSD card up to 1TB if you’re not planning to use the second SIM slot on the phone.

The Motorola One Hyper is available in the US and Brazil starting today at a price of for $400 and BRL2,200, respectively. If you get tone right now, your only option is the Blue Ocean color. If you’re willing to wait a bit, Amber Red and Fresh Orchid will be available. 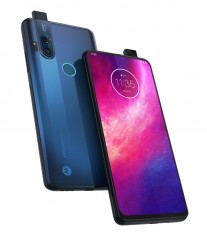 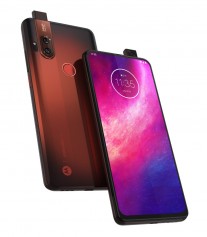 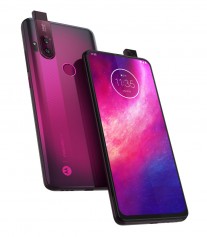 The Hyper will be available in the UK soon too, but the price is still unknown. Also, the charging is listed only as 27W.

Motorola One Zoom and Moto Z4 to get Android 10 soon

Well i did not checked the sppecs page and unless the device is fully released there are always changes in the specs page.

When I checked the specs page GSMarena had got for this phone it said it was only 3,600mah. I see now that it has changed there to 4,000mah