The Motorola One Macro that we are hearing about for the past few weeks is expected to go official soon. There's no word from Motorola yet about the One Macro, but its image was recently leaked by a Saudi retailer which revealed its design.

The image on the Saudi retailer's website showed off the One Macro in Black-Blue gradient, and a new render surfaced today shows the phone in purple color.

The One Macro will sport a waterdrop notch display with small bezels on the left and right sides. Around the back, it has a fingerprint reader joined by a triple camera setup which includes a macro camera. You can see that the cameras have a small text on their right which reads "Macro Laser AF". 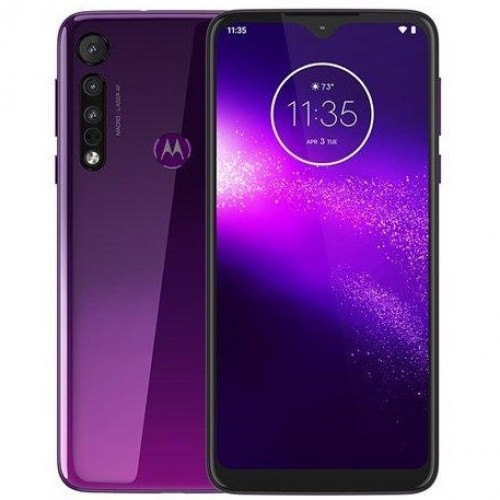 Other things we can ascertain from this render are volume rocker and power key on the right side of the phone, and the 3.5mm headphone jack on the top.

The One Macro is expected to arrive in India next week.